Over the past weekend United Wrestling Network owner David Marquez announced some talents & a title match for the March 22 Championship Wrestling TV Tapings from the Irvine Improv! 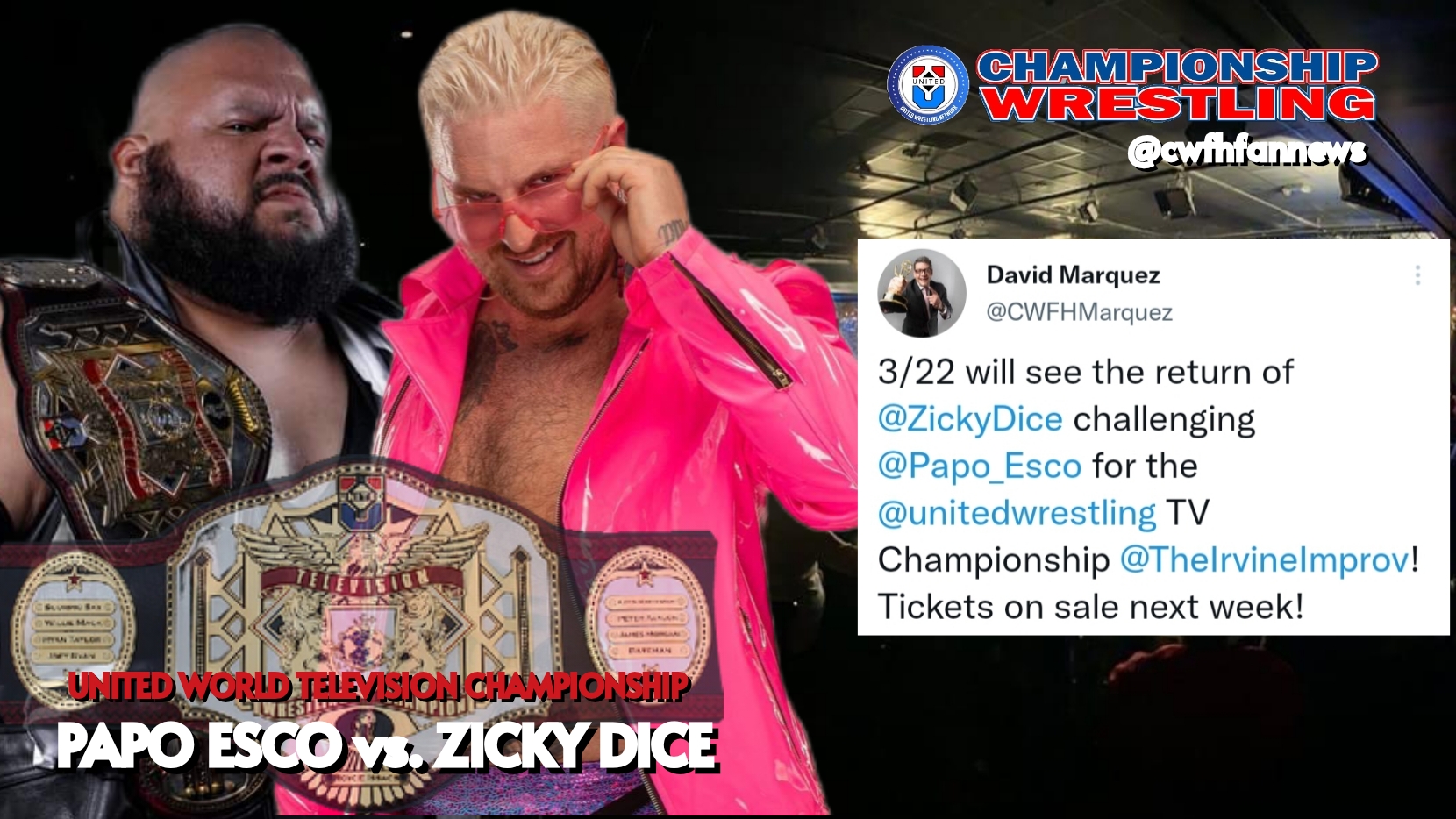 Meanwhile: “Outlandish” Zicky Dice –  former NWA World Television Champion – held his OUTLANDISH PARADISE event on his twitch channel with over 500.000 viewers with 31.000 concurrent views. The second event “Trouble In Paradise” is already announced for April 1st in Dallas, TX. Despite being with the United Wrestling Network for 5 years he hasn’t held one single title and we know that Zicky Dice would love to bring the title to his event. Will we see a OUTLANDISH title change or will Papo Esco celebrate his first title defense? 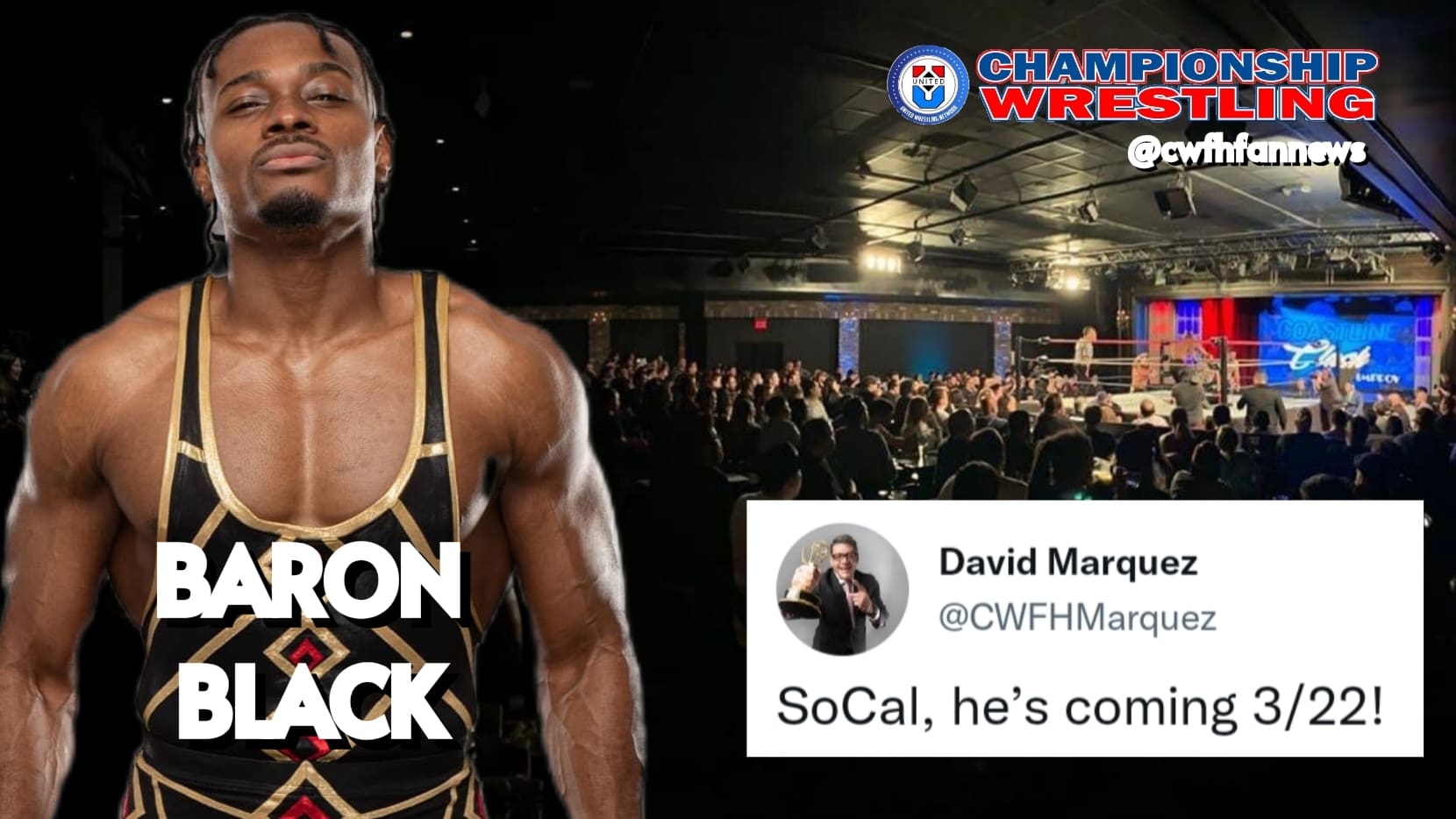 PeachtreeTV’s favorite & Championship Wrestling From Atlanta No. 1 ranked Wrestler is coming to SoCal for the very first time. In his time in Atlanta Baron Black had a heated rivalry with Lord Crewe which ended in a Lethal Grudge Match. The EmpBruh stated already that he is interested in challenging for the United Wrestling Network World Title – currently held by the injured Chris Dickinson. 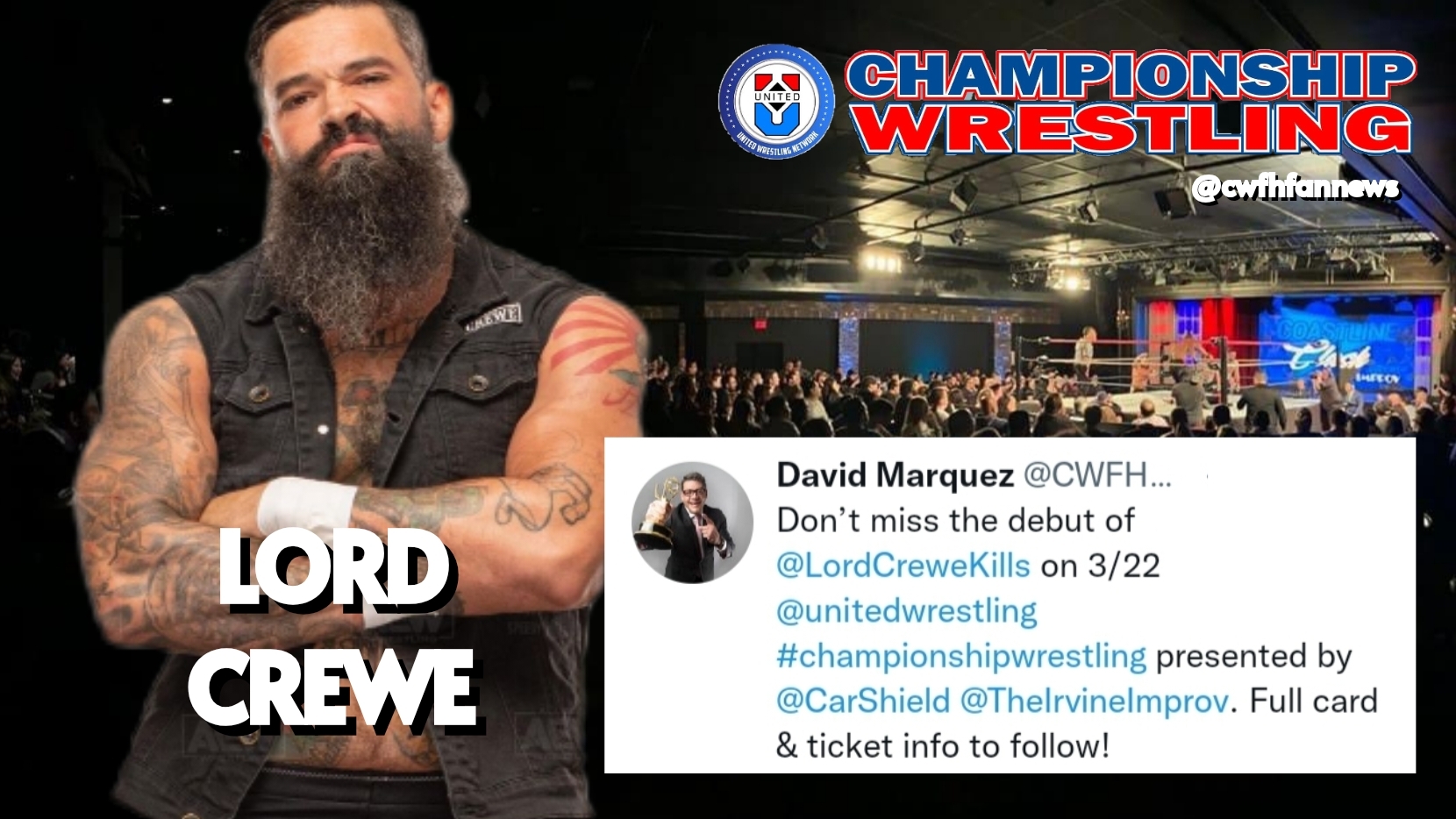 Lord Crewe – who had a heated rivalry with Baron Black in the Atlanta programm – is coming to SoCal March 22. The Bareknuckle Berserker is looking to gain some momentum after losing the Lethal Grudge Match to Baron Black. Who will get knocked out? 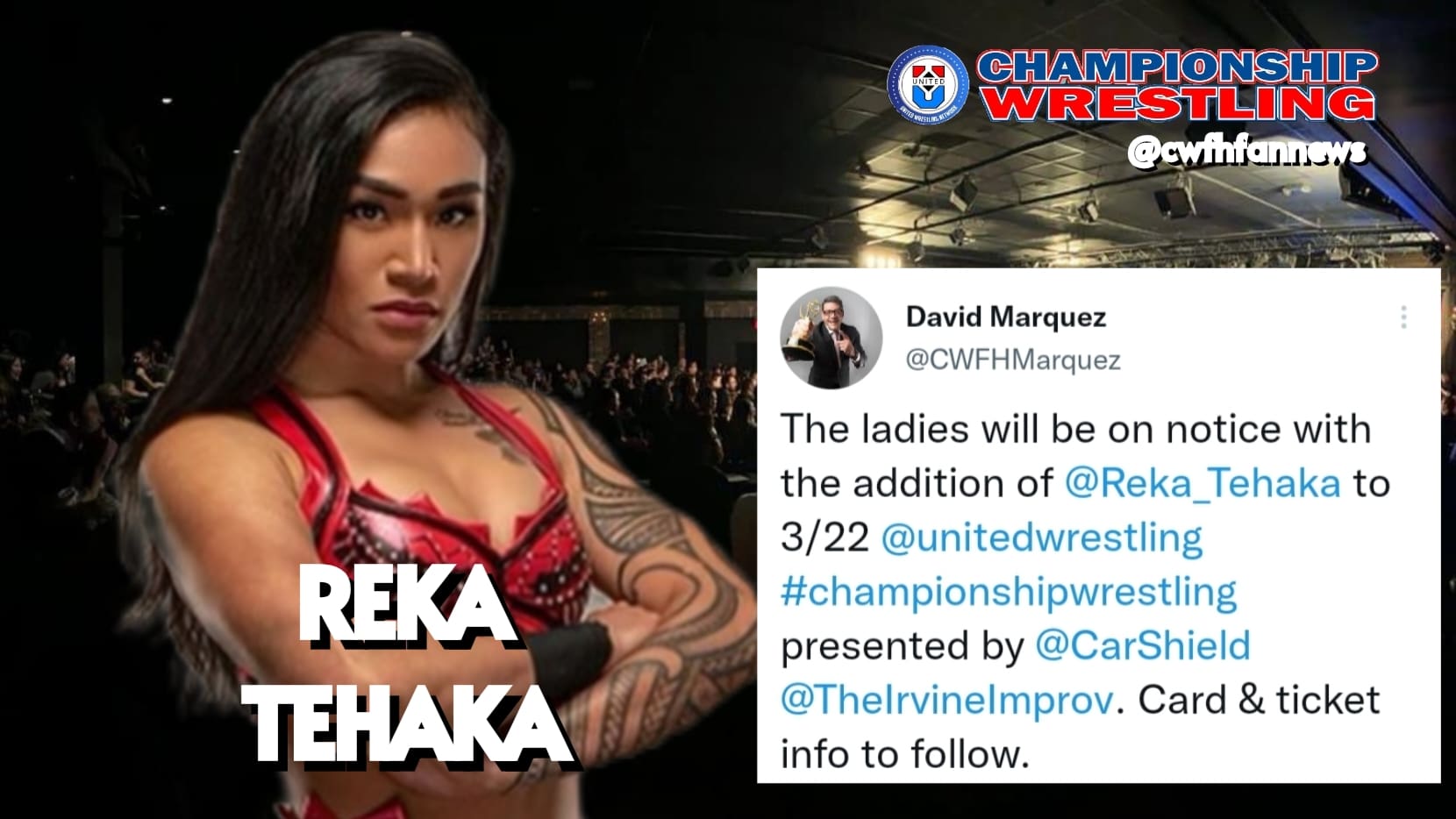 Reka Tehaka – also seen on AEW Dark, Nightmare Factory & IMPACT Wrestling – had a heated rivalry with current reigning & defending Memphis Wrestling Women’s Champion Heather Monroe (V3) on the Atlanta programming. They both traded victories before Tehaka finally won the Grudge Match. She is definitely in the conversation about being the No. 1 female wrestler on the upcoming rebranding of Championship Wrestling! 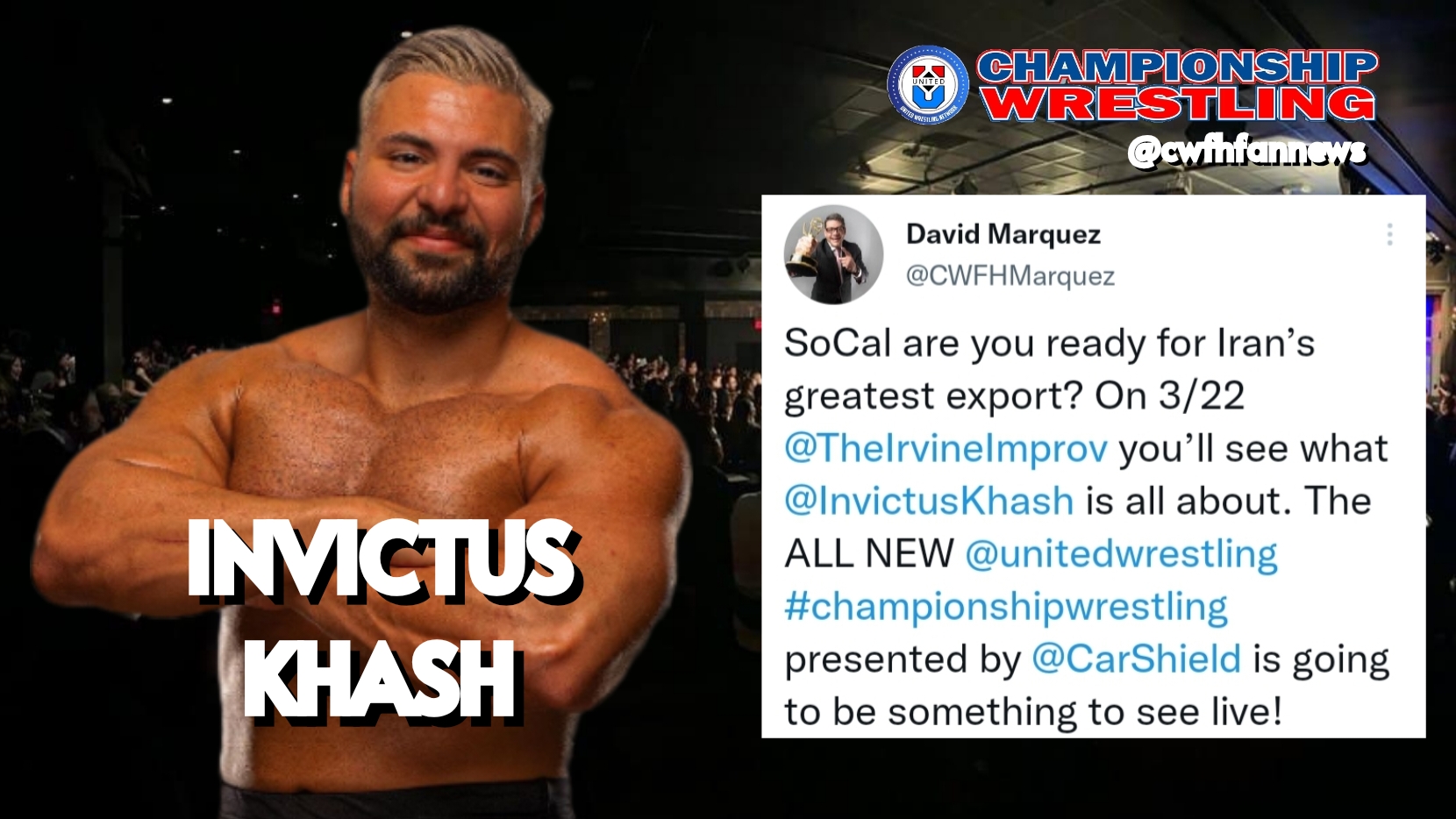 Seen on AEW Dark alongside Ariya Daivari Invictus Khash is described by UWN owner David Marquez as Iran’s biggest export. He also competes for TERMINIS PRO on FITE. We’ll what he will accomplish on March 22 on Championship Wrestling.

More talents will be announced soon! Make sure to follow David Marquez & United Wrestling Network on all social medias!