Skip to content
Make your plans to join us for the Free for All Episode of talkNWA June 9th 1:30PM Eastern 10:30 Pacific 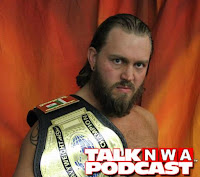 Brian Fury is a man’s man.  From his grizzled beard to his no nonsense attitude in the ring.  Wrestling all over the Northeast, Fury is a former NECW Unified Champion and currently the reigning and defending Two-Time NWA On Fire Champion.  Fury is also the Head Trainer at the the New England Pro Wrestling Academy.  Fury defeated former NWA North American Champion Apolo to win his first On Fire Championship and avenged his loss to Jullian Starr to regain the title for a second time.   When Fury joins talkNWA, we plan to talk about the New England Pro Wrestling Academy, what does he look for in a student, we’ll ask him about chasing the Mighty Samoan Makua, competing in New England Championship Wrestling and NWA On Fire.  We also ask his oppinion of the big announcement of NWA On Fire’s new TV Deal with TUFF TV.  We’ll also get his thoughts on the feud between NWA Worlds Champion Colt Cabana and Adam Pearce in the Best of Seven Series.  What else should we talk about, call in and you decide.

(646) 478-3019
In association with www.alliance-wrestling.com, talkNWA is a thirty minute live podcast for the fans of the NWA to discuss in real time, their views and opinion on the National Wrestling Alliance, along with providing the latest news and information from across the NWA.
If you need a Championship Belt for your Club Or Promotion, please visit www.ReplicaTitleBelts.com