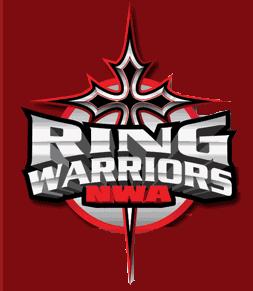 (Oct. 10, 2011) Fort Lauderdale, Fla. – Ring Warriors, LLC Chief Executive Officer Paul Jones today announced that the company’s Chief Operations Officer (Business) and former National Wrestling Alliance President Howard T. Brody has officially rejoined the NWA and as such Ring Warriors will now be designated as NWA Ring Warriors.
“As I recounted in my book, Swimming with Piranhas; Surviving the Politics of Professional Wrestling, 10 years ago I did one of the very few things I have regretted doing in my life, business-wise; I resigned from the NWA,” Brody said. “Today, with the help of several former colleagues and a few new ones, I have gone back to the organization I should never have left in the first place. It’s good to be home.”
Along with the rebranding announcement, Jones unveiled the company’s new logo and Web site and announced the venue for the first event: The Fort Lauderdale National Guard Armory. Jones said tickets for the NWA’s return to South Florida would go on sale soon and said an announcement regarding the December 14, 2011 card for the event titled “The Inaugural Brawl” is forthcoming, including the participants of a tournament to crown its first champion.
In a related announcement, Ring Warriors Chief Operations Officer (Talent) Larry Brannon (a.k.a. Vito DeNucci) today named Chris Tipton (a.k.a. Chris Nelson) as a Talent Coordinator for the company. Tipton will assist Brannon in various aspects of talent relations and booking. Brannon cited Tipton’s experience as a journeyman performer to be invaluable for the company, based on the direction they plan to go and said he knew of no one more suited to help him implement the strategy he has in mind. Under their DeNucci and Nelson monikers, the pair held the NWA World Tag Team titles three-times as The Heavenly Bodies.

With a former NWA President Howard Brody returning to the NWA, it seem things are starting to pick up in Florida. Joining NWA Gulf Coast, NWA Ring Warrios is already touting its first event December 14th, no roster names have been announced just yet, but we’ll talk about it here.