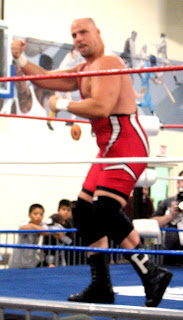 The NWA Showcase Tour made its first stop in Oceanside CA. Scorpio Sky continued his hot streak, The RockNES Monster Feud with Los Luchas continues, and The NWA Worlds Champion retains.  Interestingly enough Simon Inoki of the Inoki Genome Federation was in attendance with a new wrestler Sawaya in a tag team match with Willie Mack.