As announced by Championship Wrestling From Memphis 6x World Champion & WWE Hall Of Famer Booker T is coming to Memphis Wrestling on March 6, 2022! 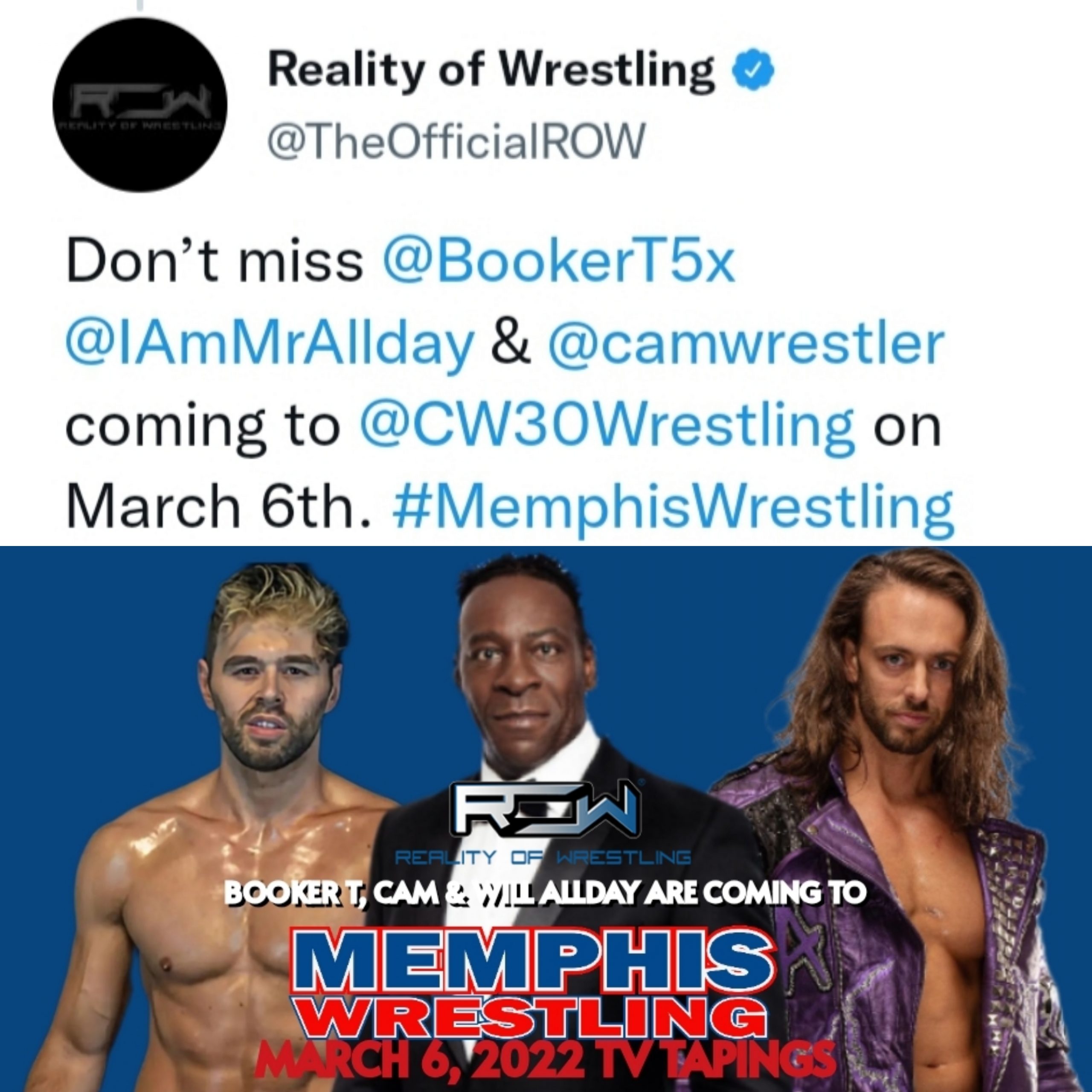 Cam Cole & Will Allday are no strangers to Memphis as they competed for Championship Wrestling From Memphis in 2020 at the Drive-In SpookTacular event.

The both fought over the Reality Of Wrestling Championship over the past year before Will Allday won the title at the 7th annual “Summer Of Champions” event in 2021.

After losing his title Cam Cole was focused to chase Will Allday to regain it – but couldn’t win it back. At Christmas Chaos [Part 3] 2021 he was very close but Mysterious Q interfered and laid out both with a Cutter.

Due to outside interference Cam Cole demanded another title match against Will Allday which he accepted on Episode 327. But it didn’t end well for the Champion as he was thrown into the ring apron & the ring steps.

Cam Cole & Will Allday are destined to fight forever… Will they fight on Memphis Wrestling TV again? Find out on March 6th! Get your tickets now!