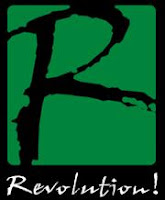 debut in Portugal in the month of August with four shows schedules, the first show taking place on August 9th.

This show has some familiar faces on the show that many of our fans here in the United States have become used to seeing and now will be representing Pro Wrestling Revolution in a different country.

These are the wrestlers on the Portugal tour:

It is interesting to note that Pro Wrestling Revolution will be adding former WWE wrestlers Balls Mahoney and Big Vito to the roster. Pro Wrestling Revolution will be following in the footsteps of NWA Mid-Atlantic (who toured China) and NWA Championship Wrestling from Florida (who toured South Korea). This also marks the 2nd time that PWR has left its home territory in Northern California to promote. Its first being the joint show they put on with the AWA for the Cauliflower Alley Club event in Las Vegas.