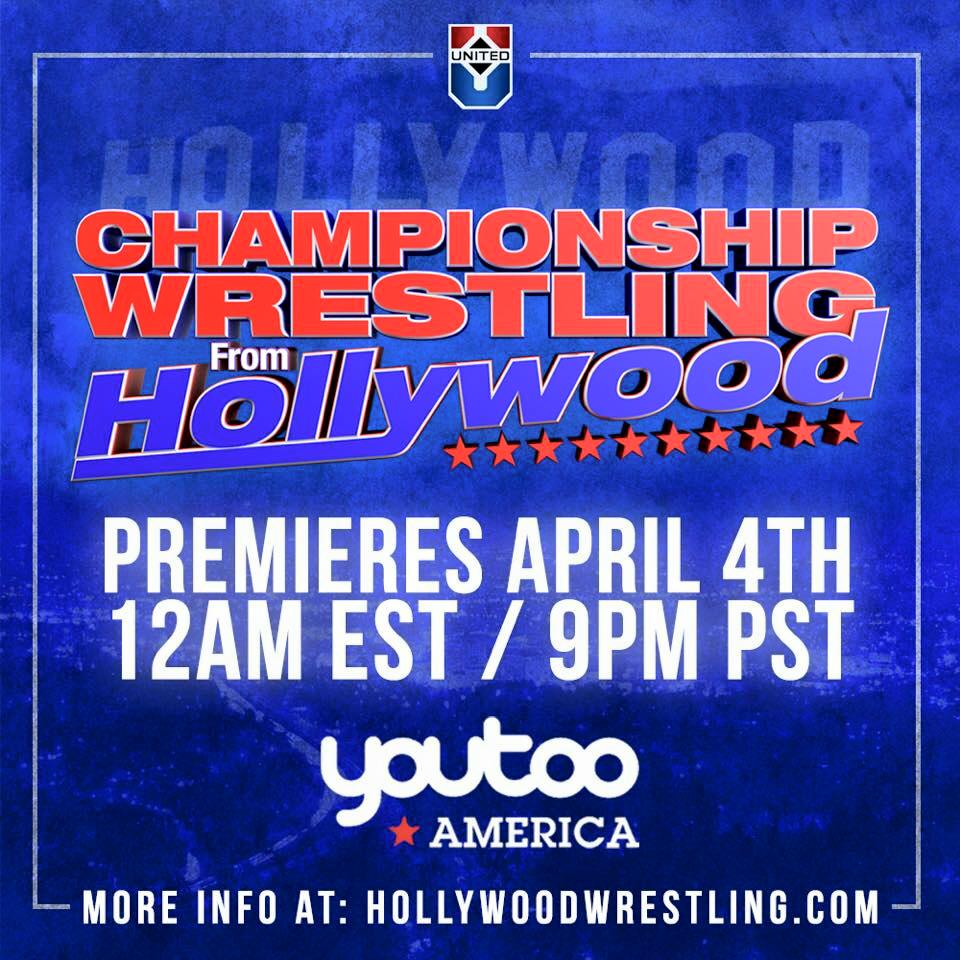 Hollywood, CA (March 16, 2015) – United Wrestling Network (United) is pleased to announce its flagship broadcast Championship Wrestling from Hollywood (CWFH) has entered into a distribution agreement with Youtoo America! The weekly television broadcast will begin its run on the channel Saturday, April 4th at 12:00am EST/9:00pm PST. Youtoo America is available on all Time Warner and select Comcast cable systems.

“Our new relationship with Youtoo America is going to allow 26.7 million television households access to our programming. Over the last 5 years (and 200+ hours of original shows) we’ve proven that traditional pro wrestling television still works. We’ve been able to tell epic stories involving Colt Cabana and Adam Pearce. As well as develop and introduce powerhouse talents like Scorpio Sky, Hobo, Shaun Ricker, Willie Mack, Joey Ryan, RockNES Monsters and scores more to a savvy fan base! I encourage all fans of pro wrestling to seek out Youtoo America, because if you’re not following our product, then you’re missing an exciting, fun pro wrestling hour’” said CWFH Executive Producer David Marquez.

A complete listing of cable systems carrying Youtoo America will be posted on www.hollywoodwrestling.com soon. If you do not get Youtoo America in your area, you can subscribe to www.patreon.com/unitedwrestling for the same weekly CWFH episodes. CWFH will still air on KDOC-TV 56 in Los Angeles and KYES-TV 5 in Anchorage, AK.