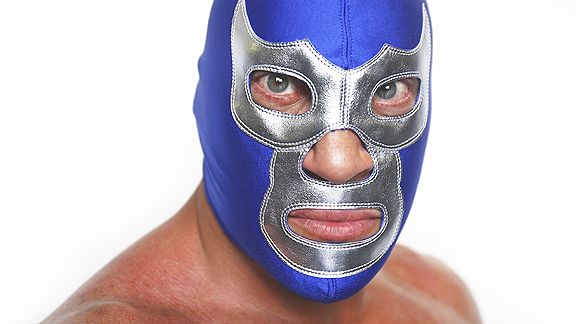 Since I took on the continuation of the legacy my dad forged, I’ve known that a lot of people say wrestling isn’t a sport, and I respect everyone’s opinions — those of the true expert and those of they who think they know.

It’s obvious that the less knowledgeable always will say, when the wrestling is real and there is a maneuver and maneuver-breaker on the canvas, that that is not real wrestling. They want to see high-flying moves. They want to see blood. But that’s not the essence of wrestling.

They think the sport is aerial. That’s a joke. Well, I consider wrestling to be like a circus, stunts, theater and a sport.

It’s a circus because it originates from the Roman circus. It’s theater because it involves masked characters. The Greeks did it that way, and to this day, you still see a happy mask and a sad one. Even more, it represents the good and the bad, black and white, cold and hot. It represents the daily fight of the good versus the bad, and it’s a sport in which you have to cultivate yourself physically and mentally in order to sustain the physical wear and tear in a match. It isn’t just stepping into the ring and jumping around. You have to learn how to wrestle in different styles: freestyle, Greco-Roman, submission and professionally.