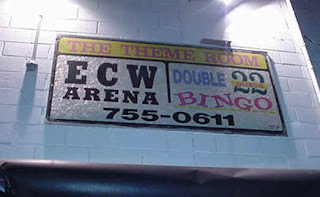 In 1994, NWA was rocked by the loss of World Championship Wrestling.  The territories now needing a new king to carry their crown. Eastern Championship Wrestling was chosen to host the Worlds Title Tournament. And after Shane Douglas defeated 2 Cold Scorpio, Shane Douglas proudly accepted the title and proceeded to disgrace the championship. 15 Years later, the NWA is set to return to the scene of the crime. The NWA will return to the ECW arena on August 30th. With Shane Douglas starting to work with NWA promotions in the East, one has to wonder if there will be a connection with Douglas and the “The Arena” show.