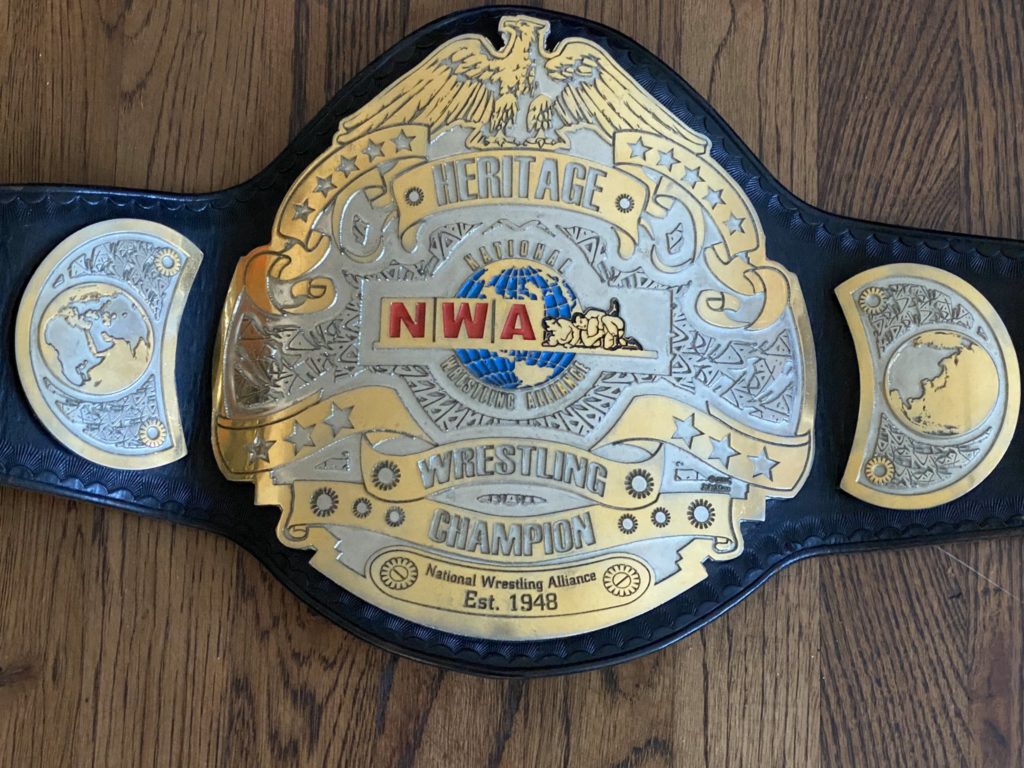 The NWA Heritage Championship was the first title created by NWA Pro Wrestling (the promotion that would later become Championship Wrestling from Hollywood). On October 1st, it was announced via SoCalUncensored that there would be a four-man tournament to crown the new champion. Initially the title was set to replace the Alternative Wrestling Show Heavyweight Championship, connecting the two brands to the National Wrestling Alliance, however AWS would go back to recognizing their own heavyweight championship later. A new champion would be crown at Halloween Slaughter House 3, October 21st in the City of Industry, California. The entrants into the tournament would be The Plague, “Brawlin” Bo Cooper, Big Babi Slymm and “Scrap Iron” Adam Pearce.

With the NWA Reclaiming the Glory Tournament to crown a new NWA Worlds Heavyweight Champion, the Heritage title was stripped from Adam Pearce and a battle royal was held at Mach-1 Wrestling where TJ Perkins would become the new champion. Ryan Taylor would be the first competitor to defend the title on the NWA Wrestling Showcase against Brandon Gatson.

The title would become the premier championship at Pro Wrestling Revolution, when Oliver John would become Champion. Oliver John would battle then Worlds Heavyweight Champion Blue Demon and the title began to stall. Atsushi Sawada won the championship and it was rumored to have international defenses with Inoki Genome Federation, but those defenses never materialized. The title was deactivated after severe Earthquakes and Tsunami rocked Japan.

The title was re-activated with a new look with Championship Wrestling from Hollywood, no longer a member of the NWA, the Heritage Championship became the premiere title for the group based in Hollywood and showcased on it’s television for the past seven years. Past title holders are; Shaun Ricker, Scorpio Sky, Ricky Mandel, The Hobo, Yuma, Peter Avalon, Bad Dude Tito, Willie Mack, Royce Isaccs, Andy Brown and current champion Watts.