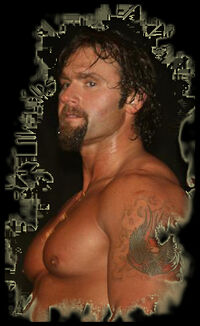 The biggest news story out of NWA East right now is the return of NWA National Heavyweight Champion “The Universal Soldier” Phil Shatter! Shatter was last seen in NWA East back in January at Genesis 2, when he defeated then-champion Crusher Hansen for the NWA National Title. On September 26th, 2009, Shatter is coming to the NWA East 15th Anniversary Show, and he’s defending his title that night against one lucky NWA East star! But who will the Championship Committee, or the NWA Board of Directors for that matter, deem worthy enough for a shot at the title? Rumor has it, there’s already several names lined up to take on the champ… but which one will get the chance of a lifetime?