After Level Up: Blinding Lights the promotion announced their next Live Event in December: Touch The Sky! The event will be the last event of 2022 and will be held at Attitude Brewing Company at 1900 Main St. in San Diego, California!

The Main Event of that event will be CJ Tino vs. Jordan Cruz for the Level Up Championship! The Clash Of Alpha Instinct!

Ground Zero Champion Ju Dizz was in action for Mexico’s AAA this past weekend! He’ll defend his title next at LVL Up: Touch The Sky against Fabrizio Mamba! 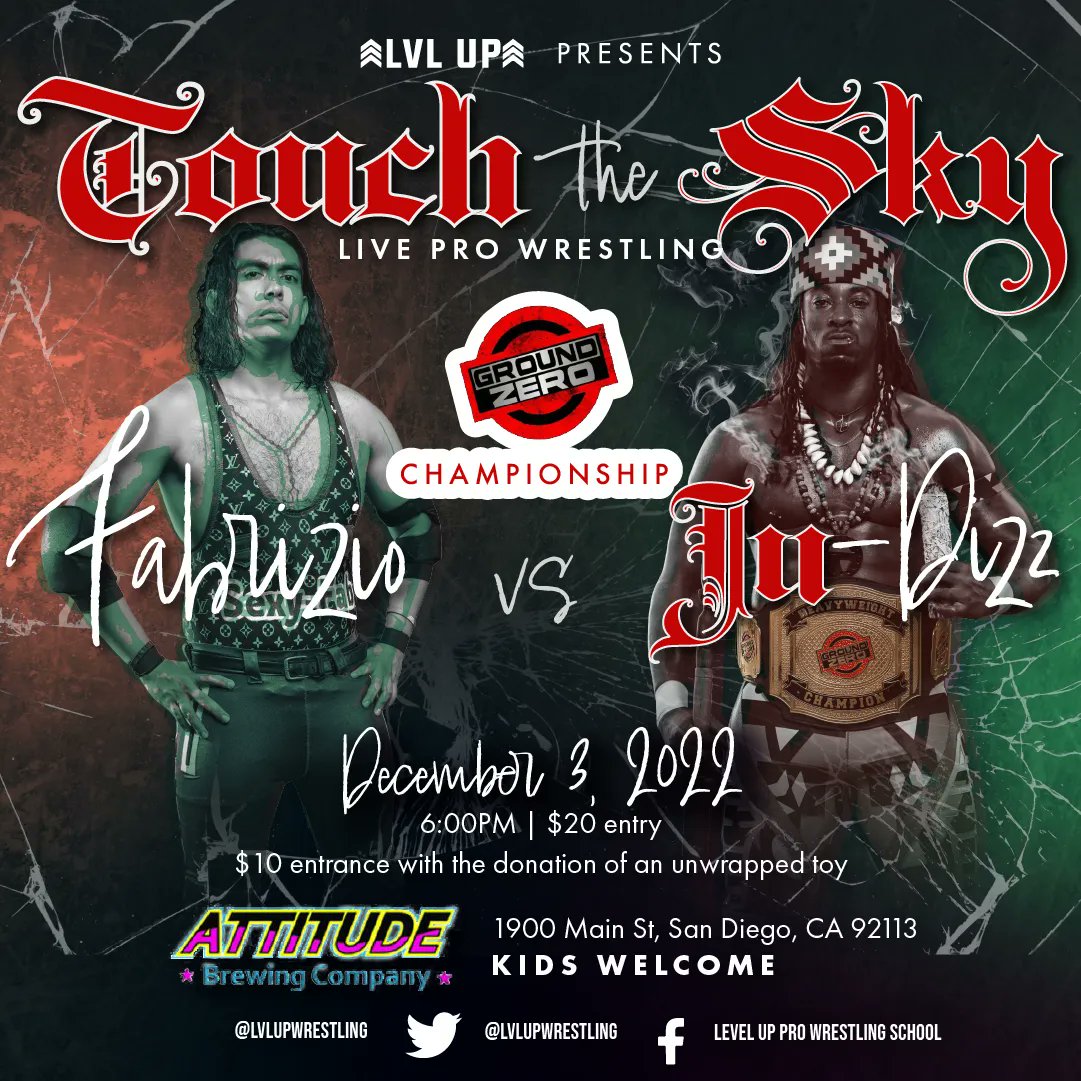