For three months the Team Murder Death Kill duo of Mikey Nicholls and Shane Haste competed in the land of the Rising Sun for the Pro Wrestling NOAH promotion. While they were in the country, Japan suffered terrible tragedy with the Earthquakes and Tsunami. Tez got the opportunity to speak to the duo in the middle of their tour and ask them about their experiences both wrestling wise and what it was like to be there while the country was going through turmoil. 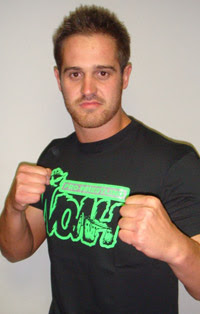 WPW: How did you feel when you were invited to Japan by NOAH?
Mikey: It was kinda surreal. We had made some good contacts through our time in Missouri with Harley Race and I thought everything went really well, but then to finally get the call was great. Made me realize that for once I had actually made some good decisions.!

Shane: Felt good man. Didn’t think we would hear from them so it was quite a surprise.

WPW: What is the training at the NOAH dojo like. Do they use the Strong Style in training?

Mikey: The training here is similar to the type of training I used to do years ago at the New Japan Dojo in LA. Its very conditioning based, be it squats, pushups or crunches. Also stretching is a big part of the training. Its like anything though, you get out of it what you put in. Leaving all pre-conceived ideas at the door makes training so enjoyable, and just to fully embrace yourself in the traditions and ideas behind it has been great.

Shane: Like Mike said training here is lots of conditioning, which I think is great. A few of the guys here use to be on the Army wrestling team too so from time to time I try to get into the ring with them and try hold my own (laughs). There is no ‘strong style’ over here, over here there’s just wrestling. So at training we just wrestle, out in matches on shows is where peoples strong style comes out and is not something that can be replicated in training.

WPW: Has it been difficult to work with the language differences?

Mikey: Yes and no. A lot of wrestling is very universal and so even if neither person speaks the same language, the basis is still the same, and the idea is still the same. But having said that, it does make for some fun conversations when trying to put some stuff together!

Shane: You get used to it. I mean I speak pretty bad English as it is so half the time even in America people didn’t understand what I was saying.

WPW: What is it like working in front of the Japanese crowds and how have they taken to you?

Mikey: It is different that’s for sure. Very held back and quiet, although like anywhere, if a crowd likes what you are doing they are going to get into it and get a bit loud. Considering we came into this with no momentum and no one knew who we were, I think they have taken to us pretty well. I think that we also bring something a little bit different too, if nothing else just by the way we interact with the crowd and each other.

Shane: People love me where ever I go. I don’t know if it’s my good looks or my charm but they’re always asking for photos and autographs after the shows. Of course sometimes they call me Mikey which I don’t get but I smile and sign anyways. But for reals I love the crowds here, fun to react with and allow me to do some character stuff with them.

WPW: Is this tour a one off or are you expecting to return in the future?

Mikey: I’m just making the most of the opportunity that has been given to us. I don’t like to put too much thought into the future otherwise you just drive yourself insane. Like I said before, I’m just trying to make the best of what we are doing right now and the opportunities put in front of us, it’s a once in a lifetime thing, so im trying to treat it as such.

Shane: I hope it leads to more trips and I think they like us (laughs). Japan’s a great place to wrestle and wrestling is treated with such respect, I would come back straight away if they asked. 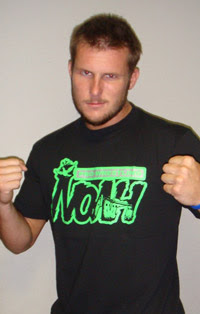 WPW: With the tragedy that has occurred in Japan, were there any thoughts of leaving and what is it like to be there while all this is going on?

Mikey: When everything happened neither me nor Shane had any idea what was going on, what with the language barrier and the fact that the only news we were hearing was whatever was on the news back home, which was of course all bad. So I mean its natural for that thought to come to mind. But we didn’t really have much time to think about it as we left for a tour the next day. The tour was down to the south of Japan and so we were a long way away from where the worst of it hit. It has been interesting now that we are back in Tokyo, walking into a once full convenience store and seeing the shelves bare. Very crazy.

Shane: So, I’m answering these questions about a week after Mike had. So things are getting back to normal I guess, there’s still earthquakes every now and again but not as bad as the other one. The biggest thing I was worried about while we were on tour was coming back to a Tokyo with radiation in the air but its all good. Just don’t drink from the taps.

WPW: Have you been able to catch up with old friends like Karl Anderson and Prince Devitt?

Mikey: We caught with Karl Anderson one our first weeks here. I hadn’t seen him for a while so it was great to catch up with him. What started out as some food and some drinks turned into a very long night and an even longer few days to recover, but was really great to see him. Fergal and I tend to run into each other all over the world, so definitely going to catch up with him when he is back in town.

Shane: Seeing Karl was great… From the small parts I remember (laughs). Trevor Murdoch and Brian Breaker were on the last tour with us so it was good to see them. We spent many a nights drinking at Trevor’s bar in Missouri and he’s been a great help for us along our epic wrestling journey. Also just to hangout with English speaking people who understand our mannerisms was relaxing… Even if they did lock me out of my hotel room in my underwear. But that’s another story.

WPW: How long are you planning to stay in Japan for?

Mikey: As much as I would love to stay here longer we are scheduled to return back to Australia on May 10th.

Shane: What Mike said but for myself I’m straight back off overseas for a family holiday . So I won’t be back till later in the month.

WPW: Would you like to say anything to friends and fans back home?

Mikey: It’s been really nice to know that we have so much support coming from back home, it was very heartwarming to hear how many people were worried about us during the whole earthquake/end of the world disaster and even just from a wrestling point of view, everyone seems to be real supportive of everything we are doing. So I guess, thanks to everyone that has supported us and continues to. Keep up to date with what we are doing at Westside Pro Wrestling (facebook.com/westsideprowrestling) or if you want to be really special follow me on Twitter and/or Youtube.

Shane: What Mike said but with more mushy stuff. Really I just want my fans (and fans of Perth Wrestling) that I’ll be coming home with new determination and ready to crack skulls and win championships. Sex, drugs and THEN rock n roll.