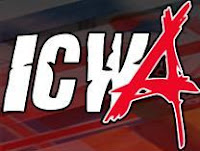 The National Wrestling Alliance is proud to announce a new co-promotional relationship with one of Europe’s premiere wrestling organizations, France’s ICWA! For the past five years, ICWA has toured Europe, Africa and the Caribbean bringing the best in international wrestling action to fans of all shapes and sizes.

Pierre “Booster” Fontaine serves a dual role as both ICWA’s founder and president and also as one of its top stars. Fontaine’s reinvention of wrestling in France has had a lasting impact on both wrestlers and fans alike. By combining international stars with France’s best local talent, ICWA has become the unquestioned leader in France’s ever-growing pro wrestling scene.

Now that Fontaine and ICWA are announcing their relationship with the National Wrestling Alliance, all involved are looking for even bigger and better things starting with their next event on April 19th at Belgium’s Complexe Sportif d’Elouges. “Everyone knows the history and prestige of those three letters, N – W – A” said Fontaine. “We look forward to building a strong relationship with the NWA™ companies already present in Europe, NWA™ UK & NWA™ Ireland. We look forward to bringing new faces and Champions for our fans to enjoy. This should be a landmark year for our wrestlers and our fans.”

The ICWA Spring Tour includes stops in:
Elouges, Belgium on April 19
Bailleul, France on May 4
Fort-de-France, Martinique on May 7 & 8
Lille, France on May 31