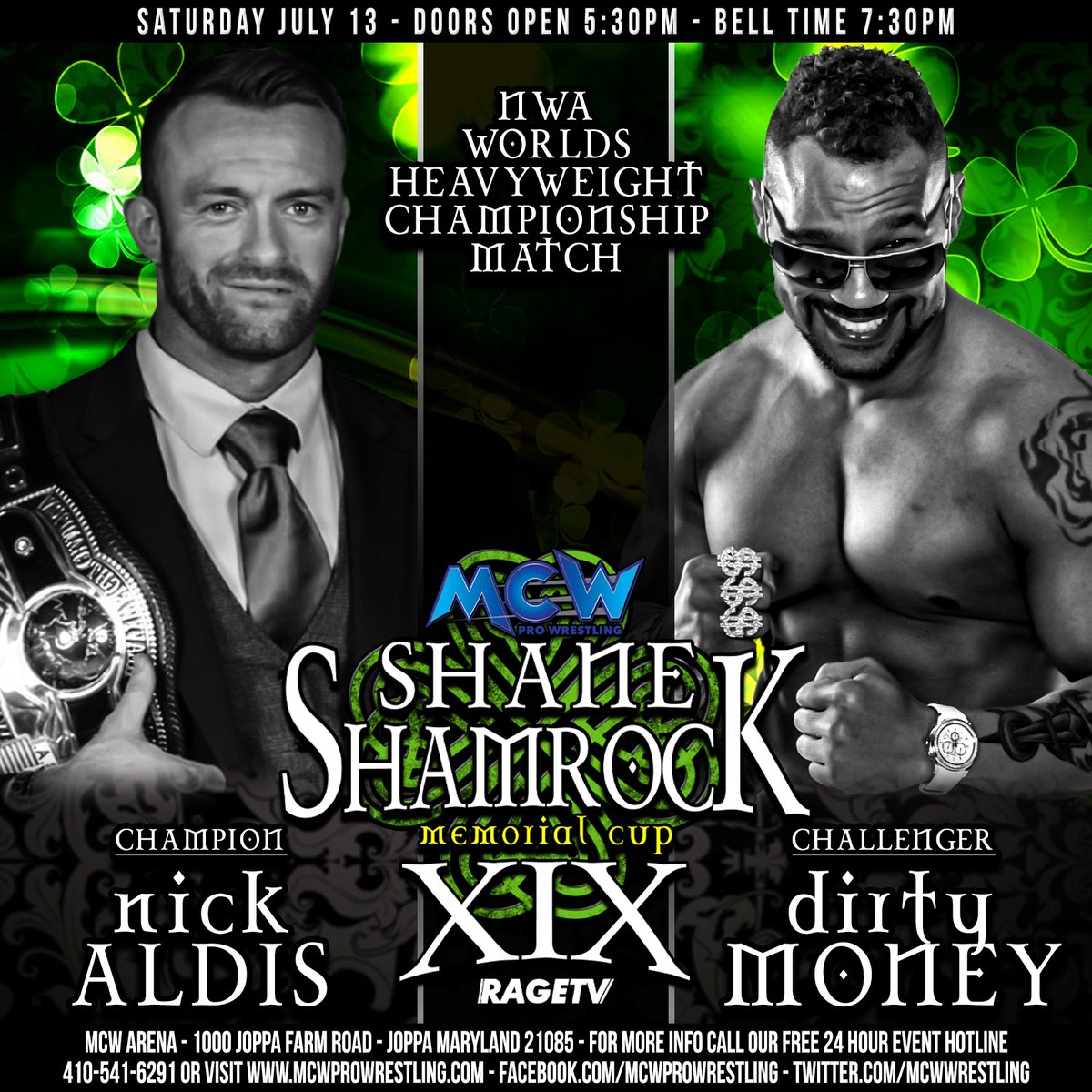 .@NWA Worlds Heavyweight Champion, @RealNickAldis, returns to #MCW on Saturday July 13th at #ShamrockCupXIX to defend the 10 pounds of gold‼️

This would have been an awesome stable. Natural

Please join me in wishing my biggest supporter, a

If this is the end of the road, then NWA fans ar

Days away from the @NWA Pay-Per-View, #BackForTheA

During the initial run of #NWAPOWERRR that @nwa Na

Absolutely gutted to hear of the passing of Joceph

One Championship that never really gets its just d

The @nwa was built upon the backs of men who were

I believe that Brian Kendrick is often overlooked

I know I'm not the only one who was disappointed t

Another victory for @nickaldis. The @nwa worlds h

Many will remember @brodielee as the leader of the

Perhaps a Wolfzaddies vs Bodega match could kick o

Who Should Challenge The National Champion Friday

The Pre-Party With Jay Cal May 11th | NWA NEWS