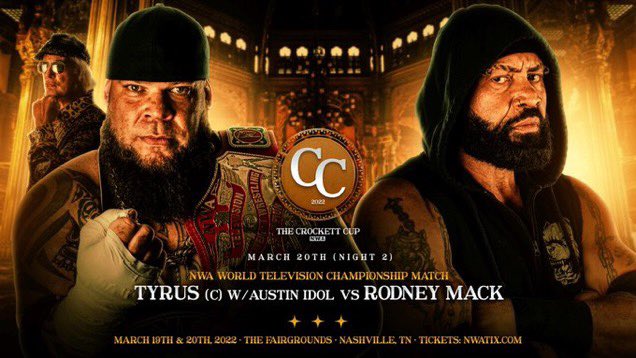 Tyrus has smashed his way through four victories as the NWA World Television Champion. But not one of his opponents has the resume of Rodney Mack. Rodney Mack’s tenure with the National Wrestling Alliance dates back to the late 90s. In between challenges for the NWA Worlds Heavyweight Championship against Dan Severn or matches against Steve Corino for the North American Championship, the former NWA Texas Heavyweight Champion has been serving up beatdowns in the NWA from Dallas to Louisville, From Wayne Houma, and all points in between.

This genuinely will be the toughest challenge for the crown jewel of Idolmania Sports Management, Tyrus.