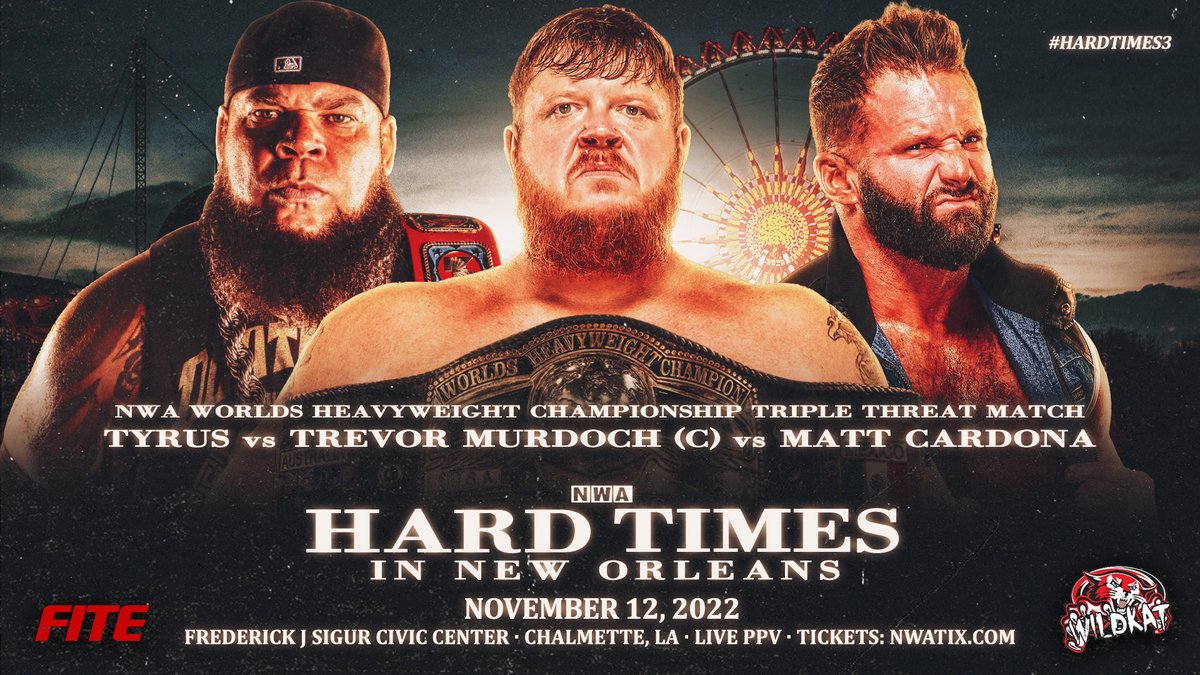 Trevor Murdoch won the NWA Worlds Heavyweight Championship for a second time at Alwayz Ready. Due to Matt Cardona’s injury, he was forced to relinquish the title. Trevor Murdoch defeated the triad of Thom Latimer, Sam Shaw, and former two-time champion in his own right, Nick Aldis. This new version of Murdoch speaks more calmly but still fights like a man on fire. Murdoch’s only defense of the Ten Pounds of Gold was at the NWA 74th Anniversary Show against Tyrus. Trevor has taken a very different approach in the ring. Initially, this was supposed to be a rematch from POWER TRIP where Matt Cardona defeated Murdoch for the Championship.

As per his agreement to give up the NWA Worlds Heavyweight Championship, William Patrick Corgan made many contingencies to Matt Cardona. At one point, every member of the Cardona Family had an opportunity to challenge for a championship. Cardona made it abundantly clear that once he was cleared to wrestle, he wanted Trevor Murdoch. However, Cardona wasn’t the only one with a special clause. The NWA Television Champion Lucky Seven clause gave Tyrus the right to challenge for the Worlds Heavyweight Championship. He petitioned the front office to cash his opportunity in at Hard Times 3, as well. Murdoch will have to defeat two of his biggest adversaries at Hard Times 3 if he wants to be Worlds Heavyweight Champion going into the new year.