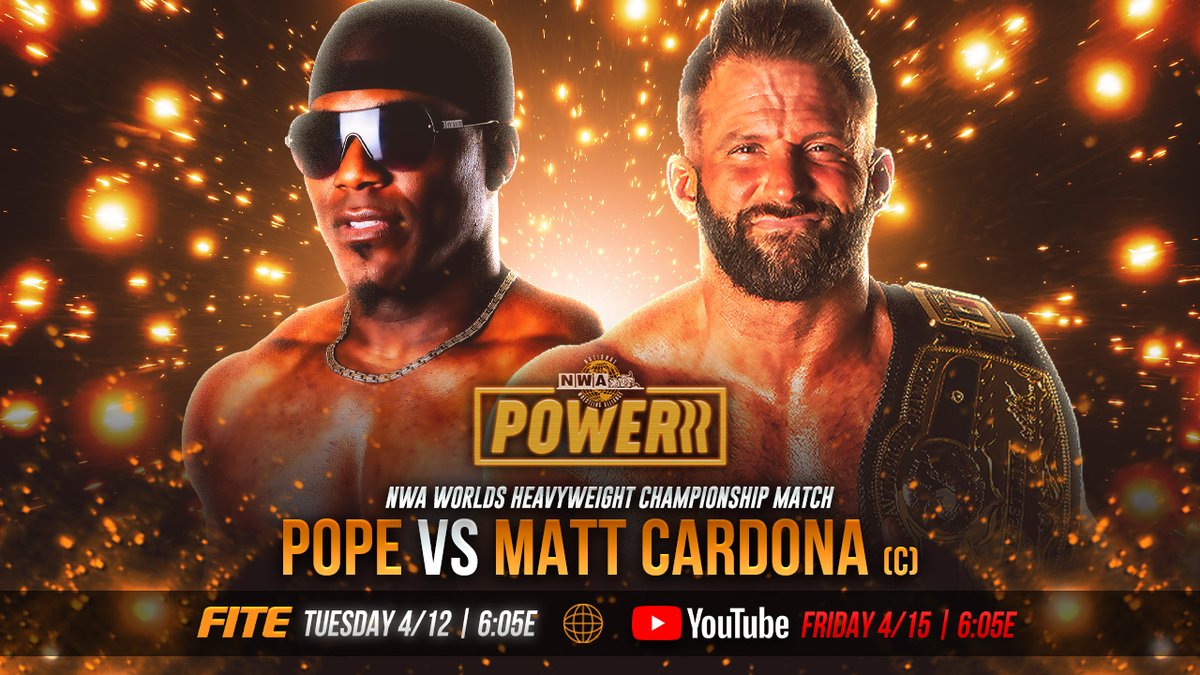 The Former NWA TV Champion had earned his right to challenge for the Ten Pounds of Gold, by way of the Championship Series. Once Trevor Murdoch became champion, Pope backed away for any potential match ups between the two. But with Murdoch out of the title picture, Pope has looked at riding the NWA of Matt Cardona.