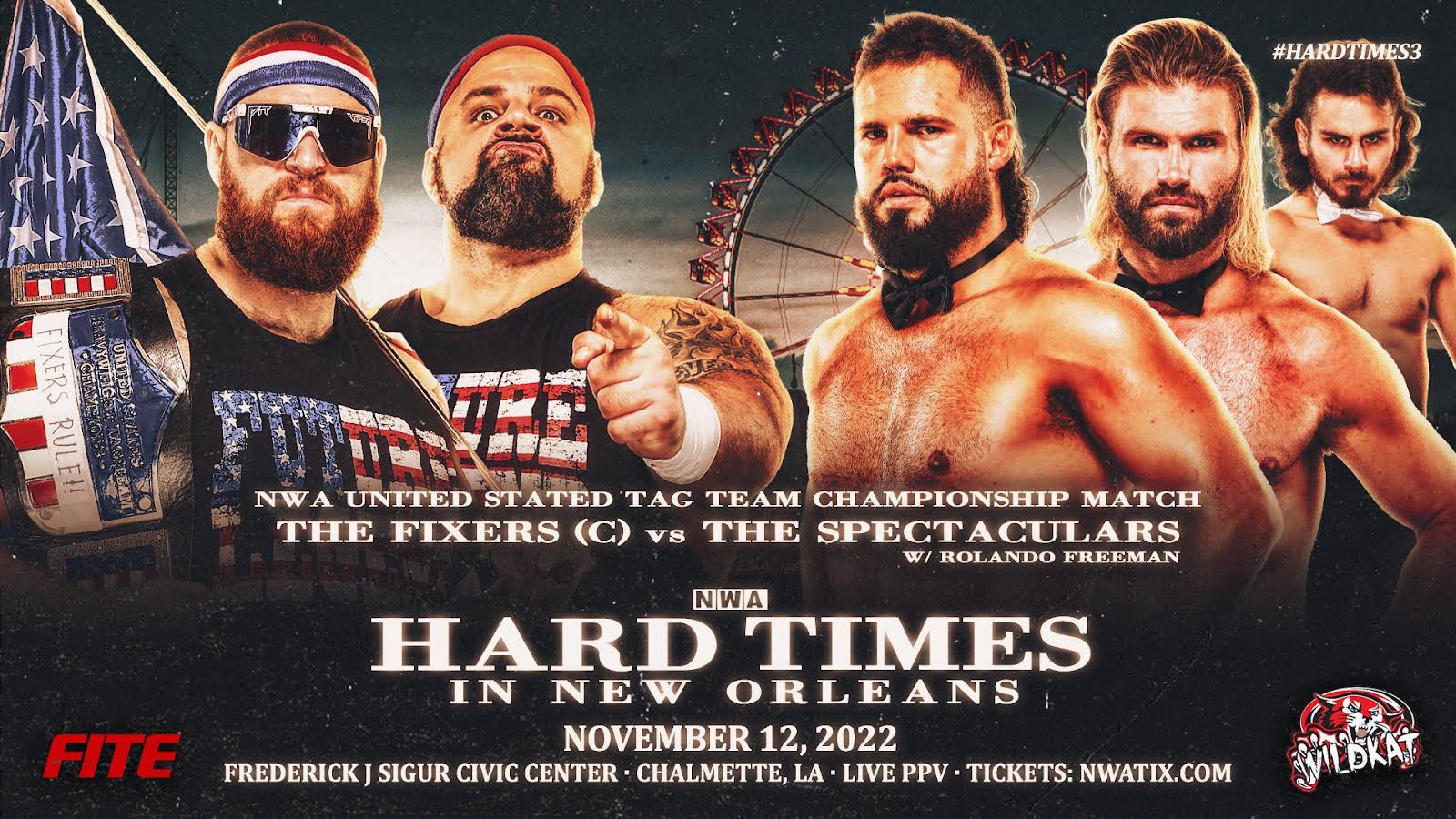 Initially brought in to serve as Colby Corino’s personal problem solvers, The Fixers have connected well with the NWA faithful. Quietly distancing themselves from Corino, the duo have achieved much success in the NWA. They have victories over the OGK, the Ill-Begotten, and the Rude Dudes. The pair walked away on Night 2 of the NWA74th Anniversary Show as the United States Tag Team Champions. Of course, Jay Bradley and Wreckingball Legursky had a huge weight and size advantage over the majority of the tag teams in the Rumble.

The Spectaculars were formed when Rush Freeman was booted out of the Ill-Begotten in favor of Brady Pierce who only joined the Ill-Begotten to team with Freeman. The Spectaculars most successful component is the manager Rolando Freeman the Big (much smaller brother) of Rush. Rolando has 2 victories over Matt Cardona. As Brady and Rush, they pair have one victory. As the Trios with Rolando, they have a 2nd victory.