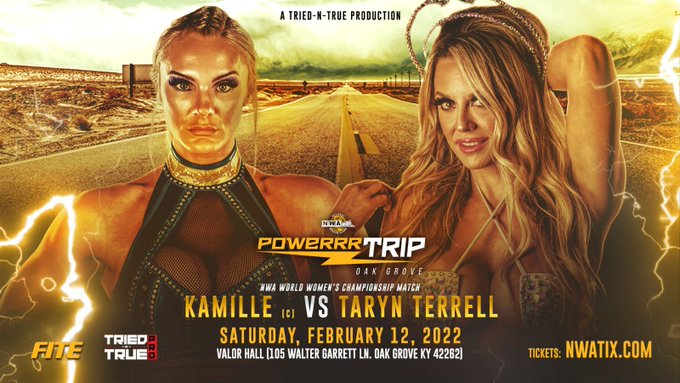 The path of the Women’s World Champion Kamille stomps right through Oak Grove Kentucky. Kamille has been a very dominant champion since claiming the Burke on June 6th, 2021. Undefeated in the National Wrestling Alliance, Kamille has battled some of the best in Women’s Wrestling. On February 12th, 2022 Kamille will face a former Impact Knockouts Champion Taryn Terrell.

Terrell has battled some health issues since joining the NWA and has been more of a mentor/manager in her time with the NWA. She has managed both Jennacide and Paola Blaze. Her last singles match victory was against Lady Frost, in June 2021 on POWERRR.