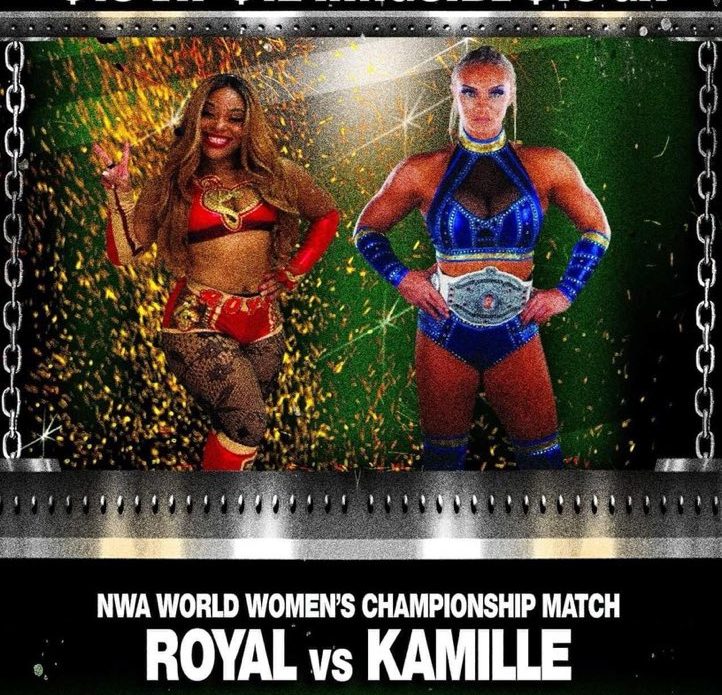 After yet another successful title defense at POWERRRTrip, Kamille takes the NWA World Women’s Championship to Warner Robins, Georgia. On Sunday, February 27th, 2022, The Burke will be on the line when Kamille fights Shaloncé Royal. This will mark Kamille’s 12th defense since June.

For the Queen of GIPW, Royal will have her hands full with Kamille. Giving up height and power to the NWA Women’s Champion, Royal has competed for Ohio Valley Wrestling and AEW’s Dark. But she’s been to many of the same circles Kamille has worked, like CCW, T-Mart Promotions, and more.