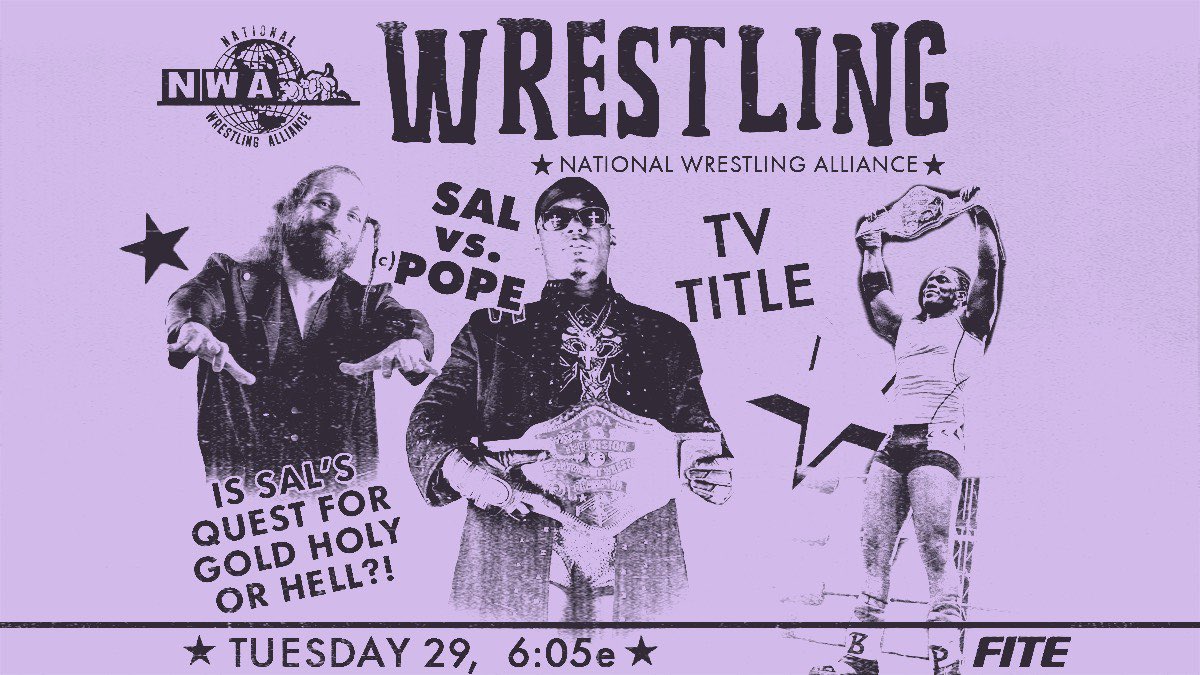 Elijah Burke is golden. Da Pope has maintained his status as champion even after facing Thom Latimer, Fred Rosser, Tyrus, Matt Cross and Luke Hawk. He has become one of the bright spots of the NWA in a short amount of time. He even recently re-debuted in OVW, defeating their National Champion Jessie Godderz. Entering tonight, Da Pope needs to more defenses to unlock the Lucky 7 Challenge.
Coming off his biggest victory in the modern-day NWA, Sal Rinauro pinned PJ Hawx to earn this television title shot. The match was made a triple threat when Colby Corino decided to interrupt the podium promo a few weeks back. The match didn’t air on POWERRR but was aired on the new series NWA High Voltage.
+ Google Calendar+ Add to iCalendar