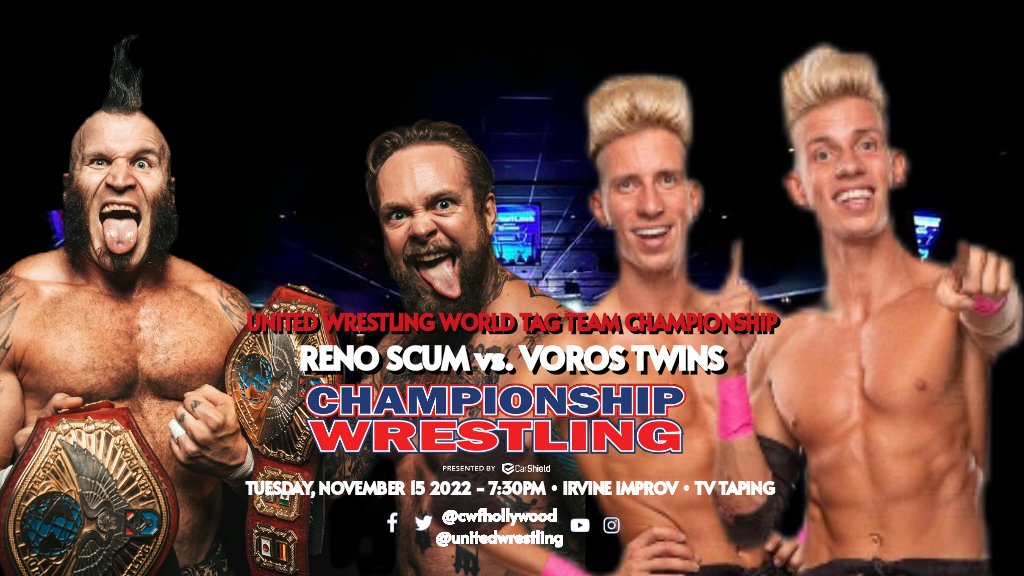 Reno Scum is coming off a massive victory over Midnight Heat. Adam Thornstowe and Luster the Legend defeated Eddie Pearl and Guy Tweakacetti (who was filling in for the injured Ricky Gibson) to capture the titles for the third time.  Famously Reno Scum were the United Wrestling Network Tag Team Champions who defended the titles in China.

Chris and Patrick Voros are making their debut on the United Wrestling Network, Tuesday, November 5th for Championship Wrestling. Although new to the UWN, they have wrestled all over the Pacific Northwest and most recently appeared on AEW.  They are currently two-time ECCW tag team champions.