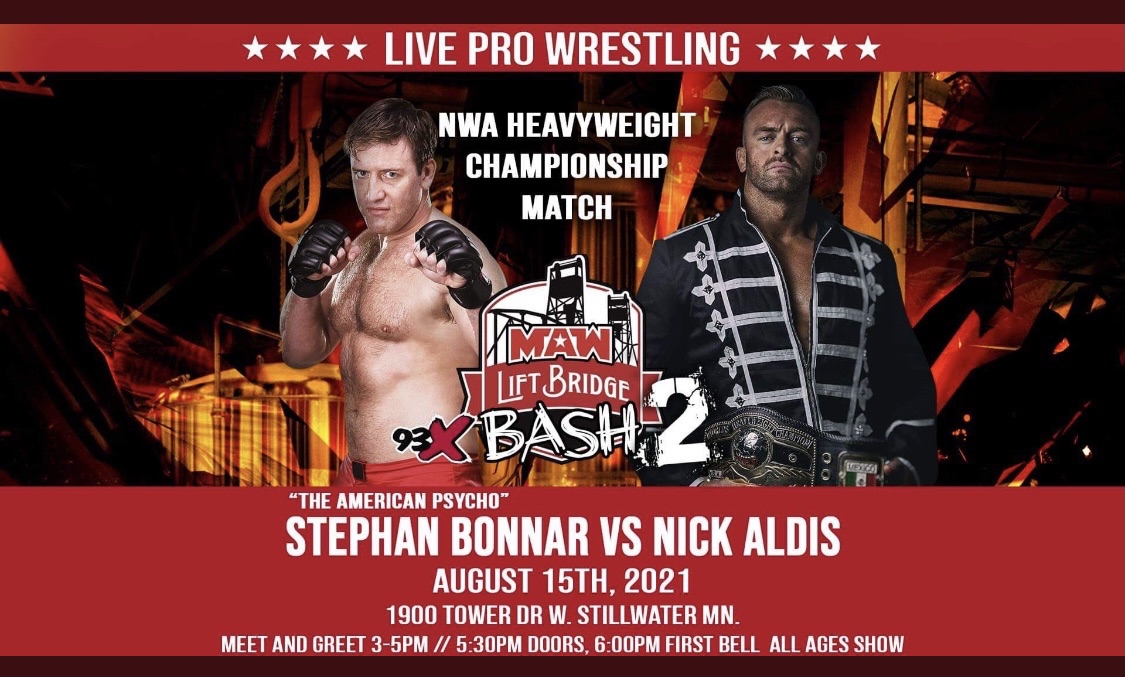 Nick Aldis defends the Ten Pounds of Gold against “The American Psycho” Stephan Bonnar on August 15th, in Stillwater Minnesota.  Nick Aldis defended his title last in Minnesota at Modist Madness against Brandon Gore. This will also be Aldis’ 4th title defense this year, and 34th since defeating Cody for the title in 2018.