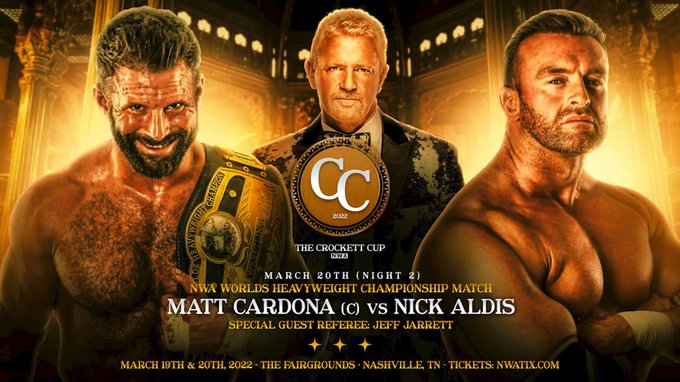 Matt Cardona became golden when he defeated Trevor Murdoch for the Ten Pound of Gold at POWERRR TRIP. Moments after the new Worlds Champion had his hand raised in victory, former Worlds Champion Nick Aldis interrupted and made the challenge to the new champion.

Aldis vowed not to challenge Murdoch while champion but made the threat that he would be back for the title whenever he wanted it.

With the addition of Jeff Jarret into the mix, anything can happen on Sunday Night.