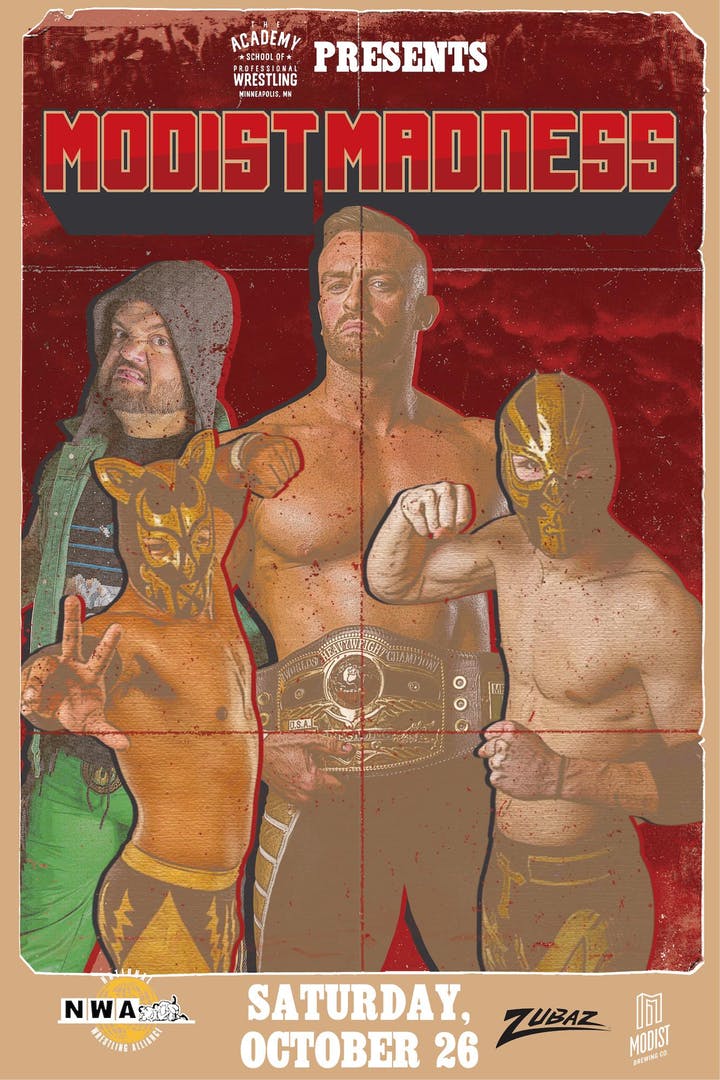 The National Wrestling Alliance will be partnering with Modist Brewing Company, Zubaz,  and The Academy: School of Professional Wrestling to present Modist Madness.  This event is a 21 and up event.  Worlds Heavyweight Champion, the “National Treasure” Nick Aldis returns to Minnesota to defend the Ten Pounds of Gold against an opponent to be named.

The last time the NWA Worlds Heavyweight Champion was in Minnesota he successfully defended his title against Ken Anderson.  Also rumored to be in attendance, Allysin Kay the Woman’s Champion and Latimer and Isaacs the Tag Team Champions.