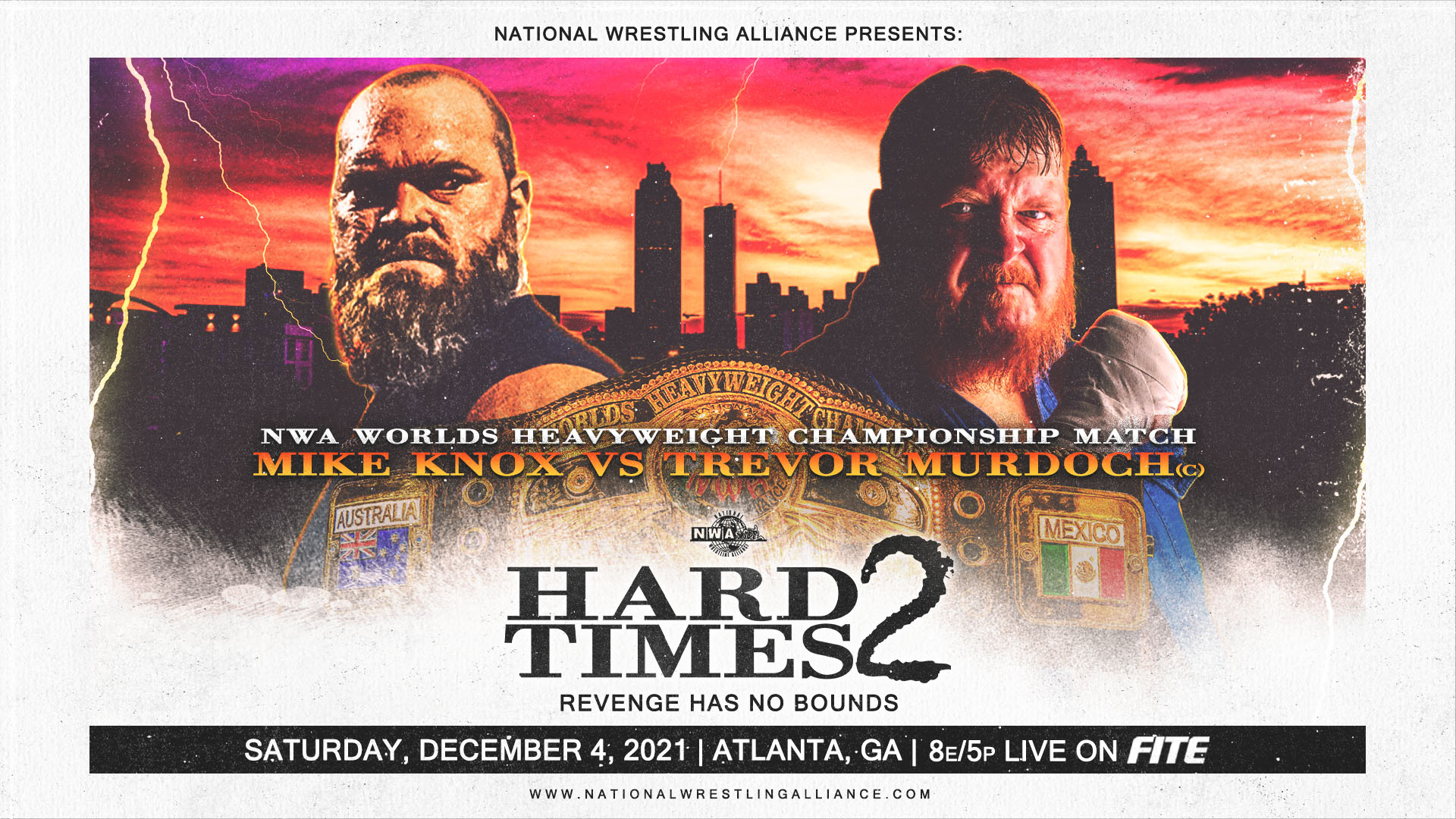 Trevor Murdoch’s resurgence in the National Wrestling Alliance started in 2019. Rewarded by his efforts, Murdoch defeated Nick Aldis on August 29th for the Worlds Heavyweight Championship. The long road consisted of battles with Aron Stevens and Chris Adonis while vying for the National Championship.
Mike Knox had disappeared from mainstream wrestling outlets. His attack on Trevor Murdoch and Murdoch’s son worked to get a Worlds Heavyweight Title match. The two will face off on Saturday, December 4th at Hard Times 2.
+ Google Calendar+ Add to iCalendar