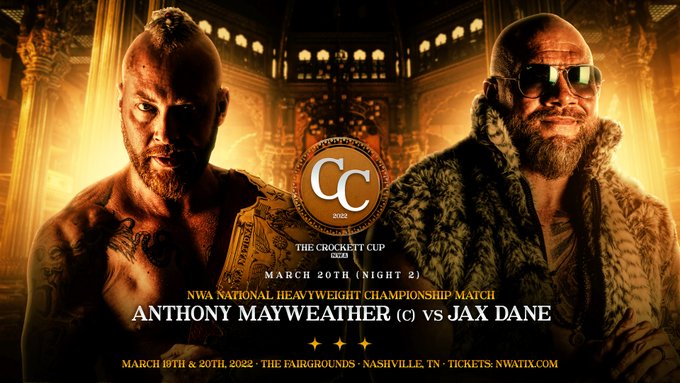 The rivalry between these once friends now enemies has been a part of the POWERRR esthetic since he NWA’s return last year. At Crockett Cup 2019, the War Kings were odds on favorite to walk away tournament victors and new NWA World Tag Team Champions. However, the stars didn’t align for Mayweather and Dane. After a series of misunderstandings that kicked off the 2021 return of POWERRR, the two found it increasingly difficult to exist.

Over the course of those months, the War Kings eroded. The rivalry culminated in a steel cage match at By Any Means Necessary, when Dane pulled out all stops to punish his former best friend.

The seeds have been planted and now the newly acquired National Champion, Anthony Mayweather, will have his hands full with the man that held every prominent championship in the past era.