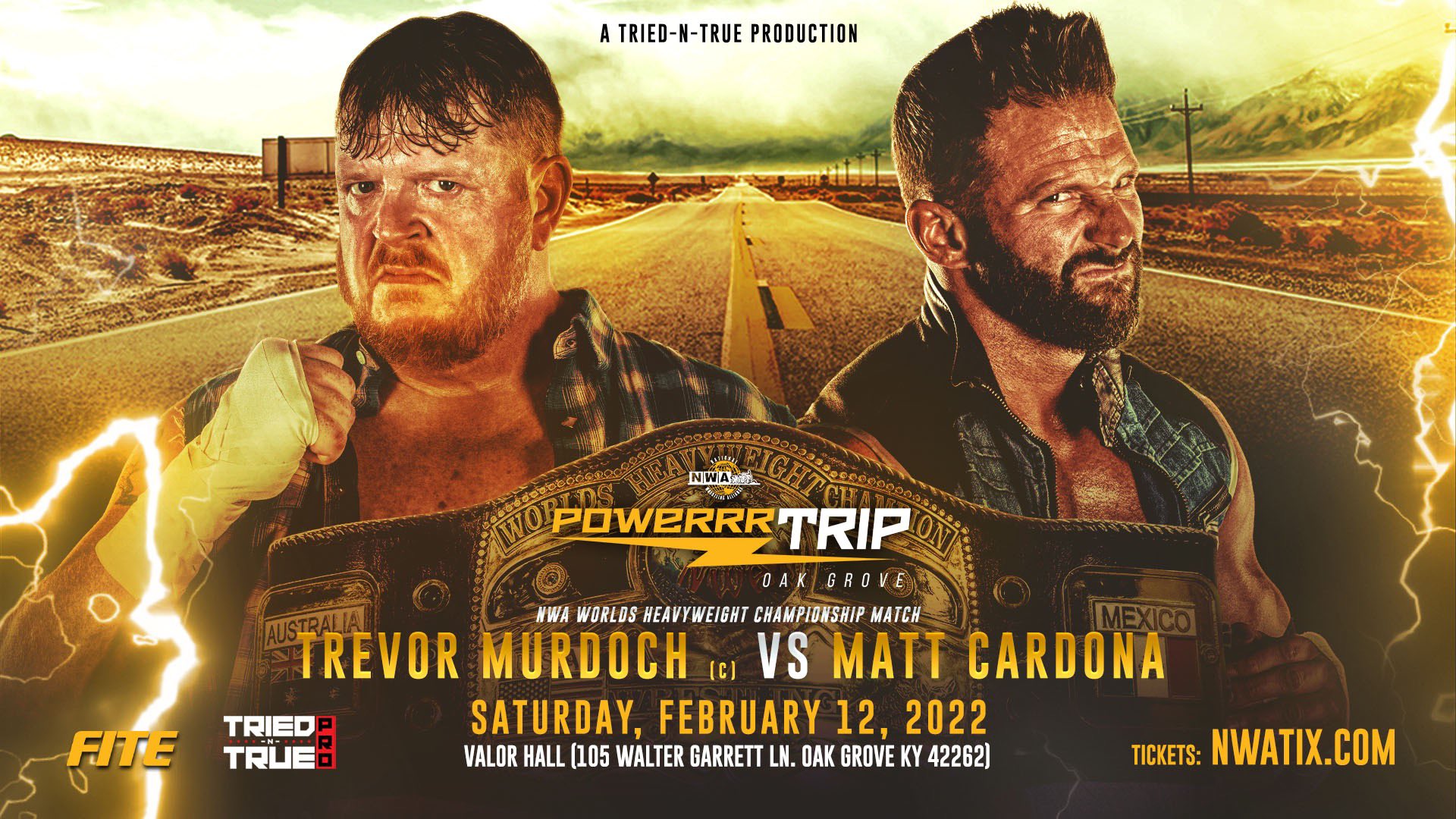 Uninvited, unwelcomed, and unexpectedly, Matt Cardona has the world of wrestling speaking about the NWA. Cardona will face NWA Worlds Heavyweight Champion Trevor Murdoch at POWERRR TRIP. Cardona has been a nuisance to both the NWA and Murdoch since his arrival at NWA Hard Times 2. Two times Trevor Murdoch has defeated Mike Knox and two times, Cardona has physically put hands on Murdoch. The struggle between the two even fell on Sirius XM’s Busted Open Radio on Fight Nation.  With Cardona burying Murdoch and the retro essence of the NWA.  Murdoch fired back, but the war of words comes to an end on February 12th 2022.