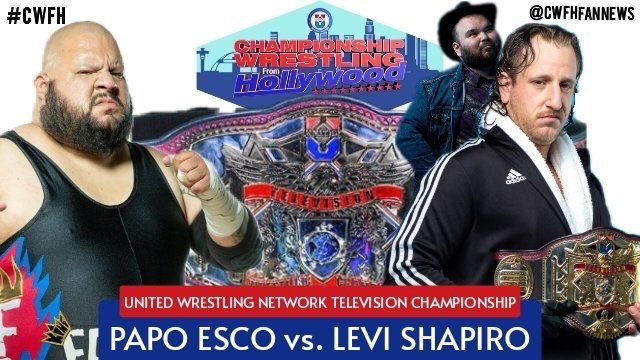 Levi Shapiro has fought tooth and nail to retain his championship, for 366 days (as of the publish date). He defeated Dan Joseph just over a year ago to become champion and hasn’t looked back since. He’s defeated the likes of EJ Sparks, Anthony Idol, Current Memphis Heritage Champion Brett Michaels, Jordan Clearwater, and more.

But perhaps this time he may be getting more than he bargained for. Papo Esco is a champion in his own right. Currently 1/3 of The Bodega with Danny Limelight and Slice Boogie. Under the “Freebird Rule” any of the trios can defend the titles. King Fat Boy and Limelight won the titles from SoCal Distancing to win the championships.