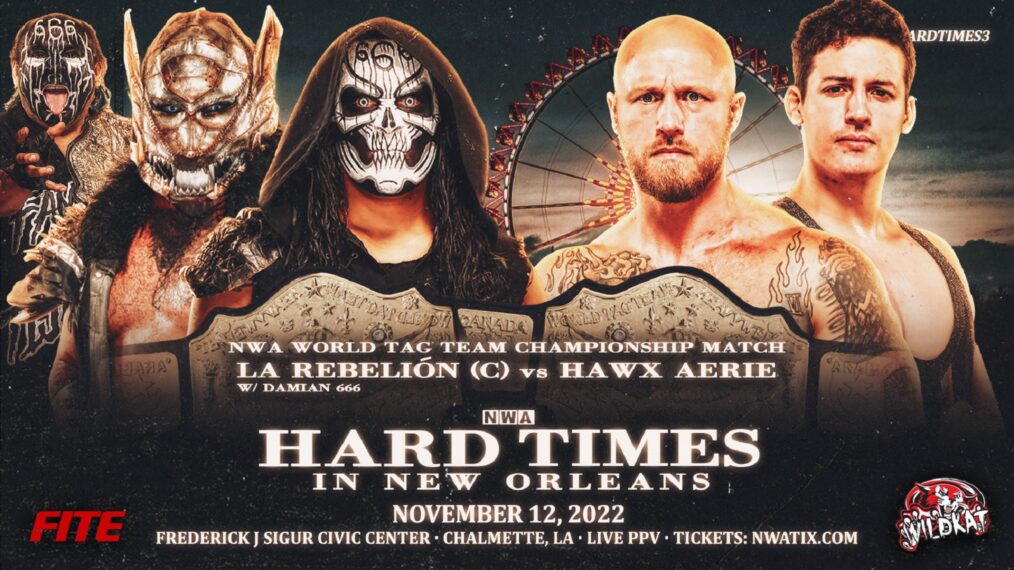 The team of La Rebelión was originally formed in Mexico as part of La Rebelión Amarilla.  The faction originally was made up of Garza Jr, Black Taurus, Rey Horus, Ultimo Ninja, Mecha Wolf, Bestia 666, and Luke Hawx. Upon their arrival in the NWA, Mecha Wolf and Bestia 666 were very dominant. They quickly ran to the top of the division, winning the World Tag Team Championships from Aron Stevens JR Kratos.  They would bring the titles to Mexico. And they were the first NWA World Tag Team Champions to defend in AAA. They would hold those titles for nearly 300 days before losing to Doug Williams and Harry Smith.  However, The Commonwealth Connection were stripped of the title when Smith wasn’t able to compete.

The 74th Anniversary pit Hawx Aerie against La Rebelión, where the former champions would regain the titles for the 2nd time.  Luke and PJ Hawx were able to win a number one contender’s match again the Dirty Sexy Boys to get this opportunity at Hard Times 3.