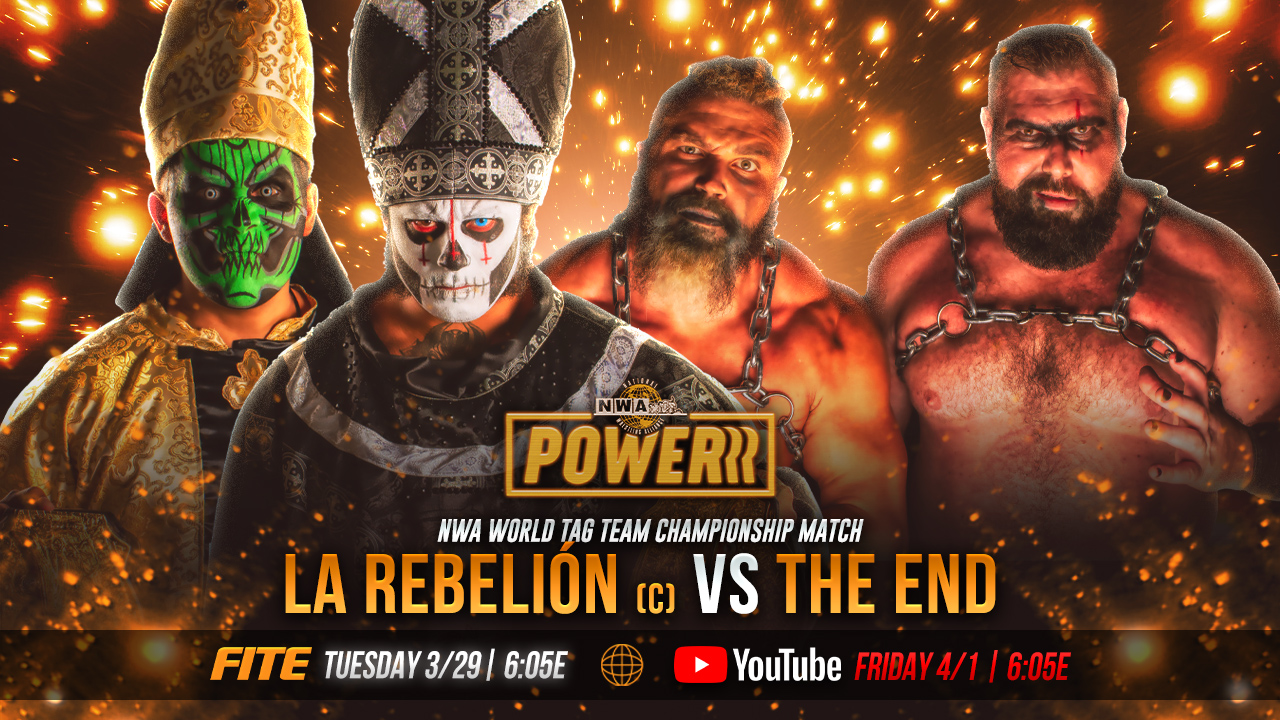 La Rebelion returns to POWERRR for their first Tag Title defense on the show. Mecha Wolf and Bestia 666 made their debut on POWERRR against The End back in June of last year. That match ended in a no contest. They would later defend the NWA World Tag Team Championships against the End at Hard Times 2. La Rebelion has had the most amount of matches against Odinson and Parrow, since joining the NWA.

The action takes place on FITETV. The price is included with your all-access pass.