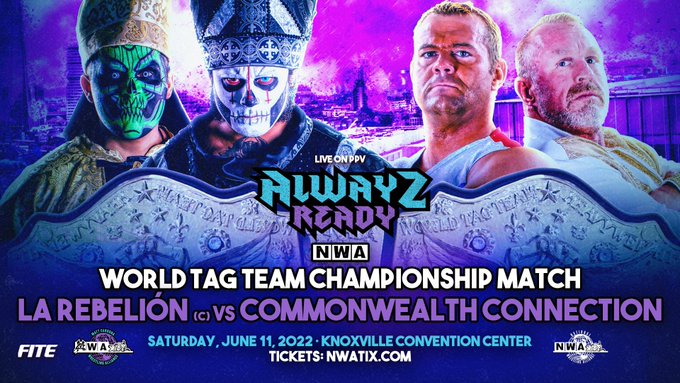 La Rebelión to their credit really have defeated a who’s who of the tag team division of the NWA. They also have defended the titles in AAA. However, their one loss to the Commonwealth Connection at Crockett Cup will be staring them down at the next ppv.