Kratos & Stevens vs. War Kings vs. Latimer & Adonis| When Our Shadows Fall 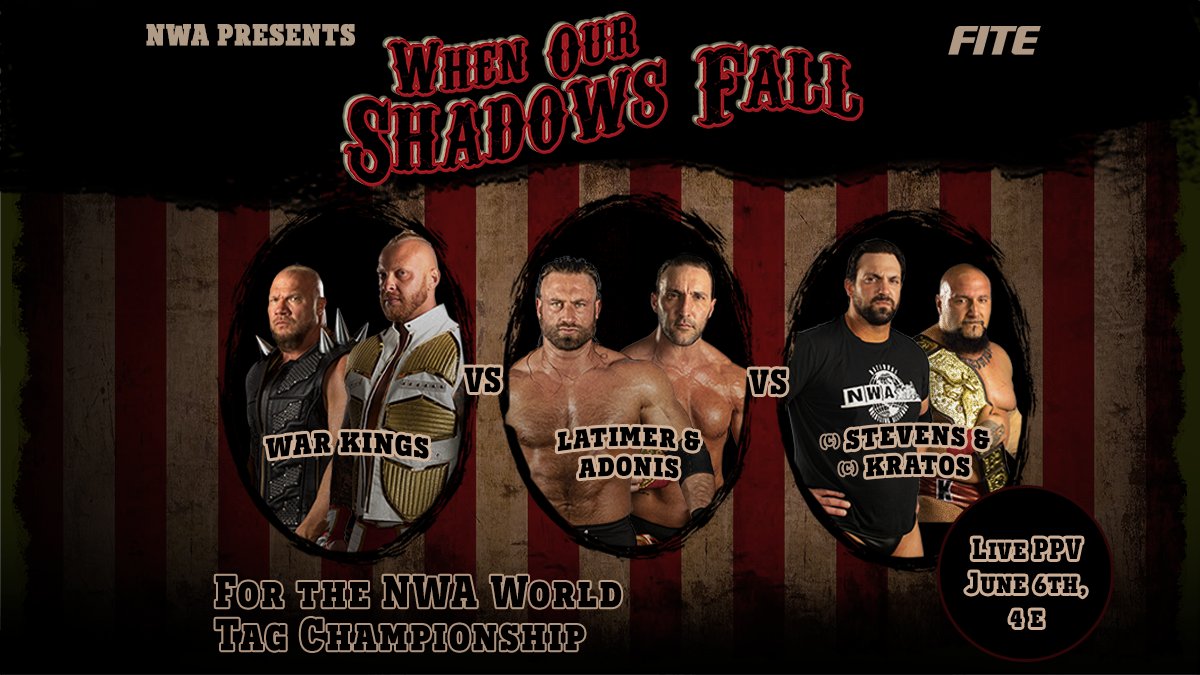 NWA World Tag Team Championships will be on the line at When Our Shadows Fall. Kratos and Stevens won the Tag Team Titles on October 2020, on Prime Time LIVE. They were originally scheduled to face Latimer and Adonis, both men abdicated their spots to compete in the battle royal. War Kings challenged Kratos and Stevens on the Season Finale of POWERRR only to lose after interference. All three tag teams have had struggles as of late staying on the same page.