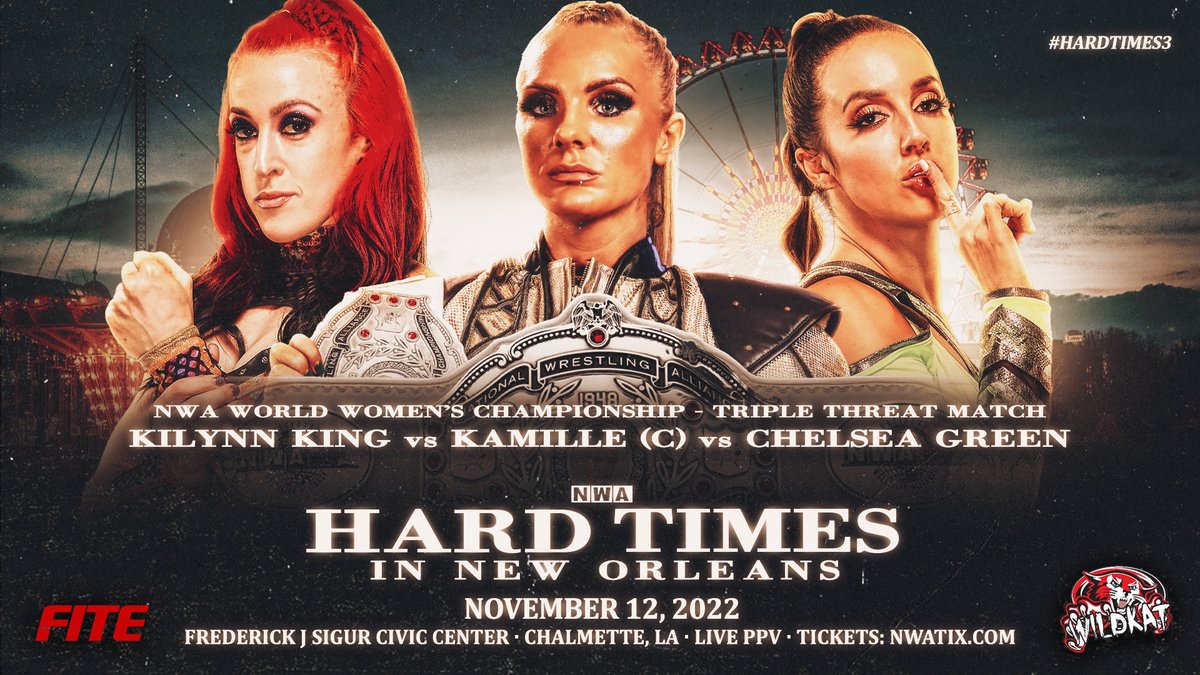 Originally Hard Times 3 was supposed to continue the feud between The Brickhouse and Taya Valkerie. Things changed when Bully Ray on behalf of KiLynn King approached NWA President William Patrick Corgan about giving King a second chance considering she wasn’t pinned in the original number one contender’s triple threat match. Oddly enough that was Chelsea Green. Billy agreed and had a match-up with Taya and KiLynn for the match at Hard Times 3. After the battle between the two, KiLynn came out on top.

And while this was playing out, the Championship Series cash in that Velvet Sky won in 2021 was getting set to expire. Tim Storm, just couldn’t use it. So Sky re-gifted this prize to Angelia Love. However, Love demanded that she “earn” her title shot. The influence of the Cardona family came into full effect. Chelsea Green would be the challenger to Love. And as it would follow, Green would defeat Love to earn a shot at the Burke.

So although Taya won the original match, was forced out of Hard  Times 3. And the women that lost were introduced to this match.