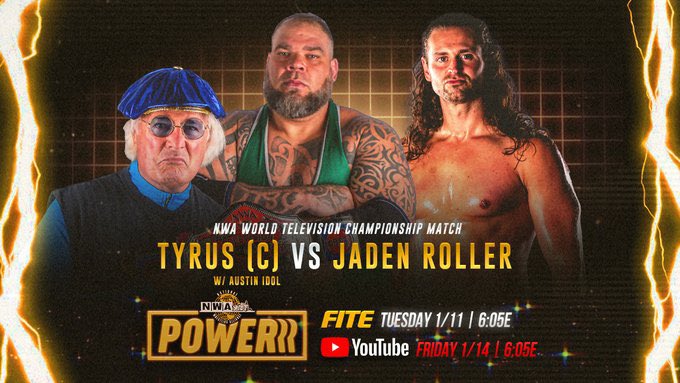 On the December 21st episode POWERRR Surge, Jaden Roller defeated Rush Freeman to earn an NWA Television Title fight with Tyrus. Formerly known as the Heartthrob, Jaden hasn’t had a lot of success in the NWA. He has taken the loss, no less than three times. With defeats from Tim Storm, Thom Latimer, and Jeremiah Plunket, the up and comer has to endure many obstacles to land this opportunity. Jaden is the first opponent to challenge for the title without an existing relationship with Tyrus.

Tyrus has been laser-focused on the Television Championship since joining the NWA. After he defeated Da Pope, Tyrus loaded his opponents up with allies. First defeating BLK Jeez and later Jordan Clearwater. Cyon emerged as a challenger but lost his match at Hard Times 2.

LVL UP Wrestling RAISE UP 2022 PREVIEW