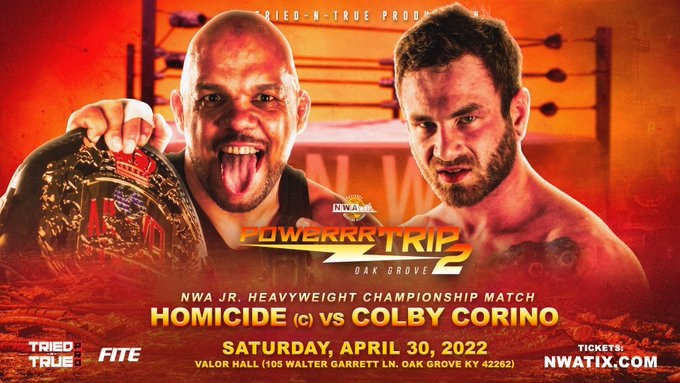 The World Junior Heavyweight Championship is at stake on April 30th, 2022. Homicide will defend his championship against one of his greatest rivals. The rivalry between the Corino family and Homicide date back to the early days of Ring of Honor. Homicide was the up-and-comer. Steve Corino was the wily veteran.