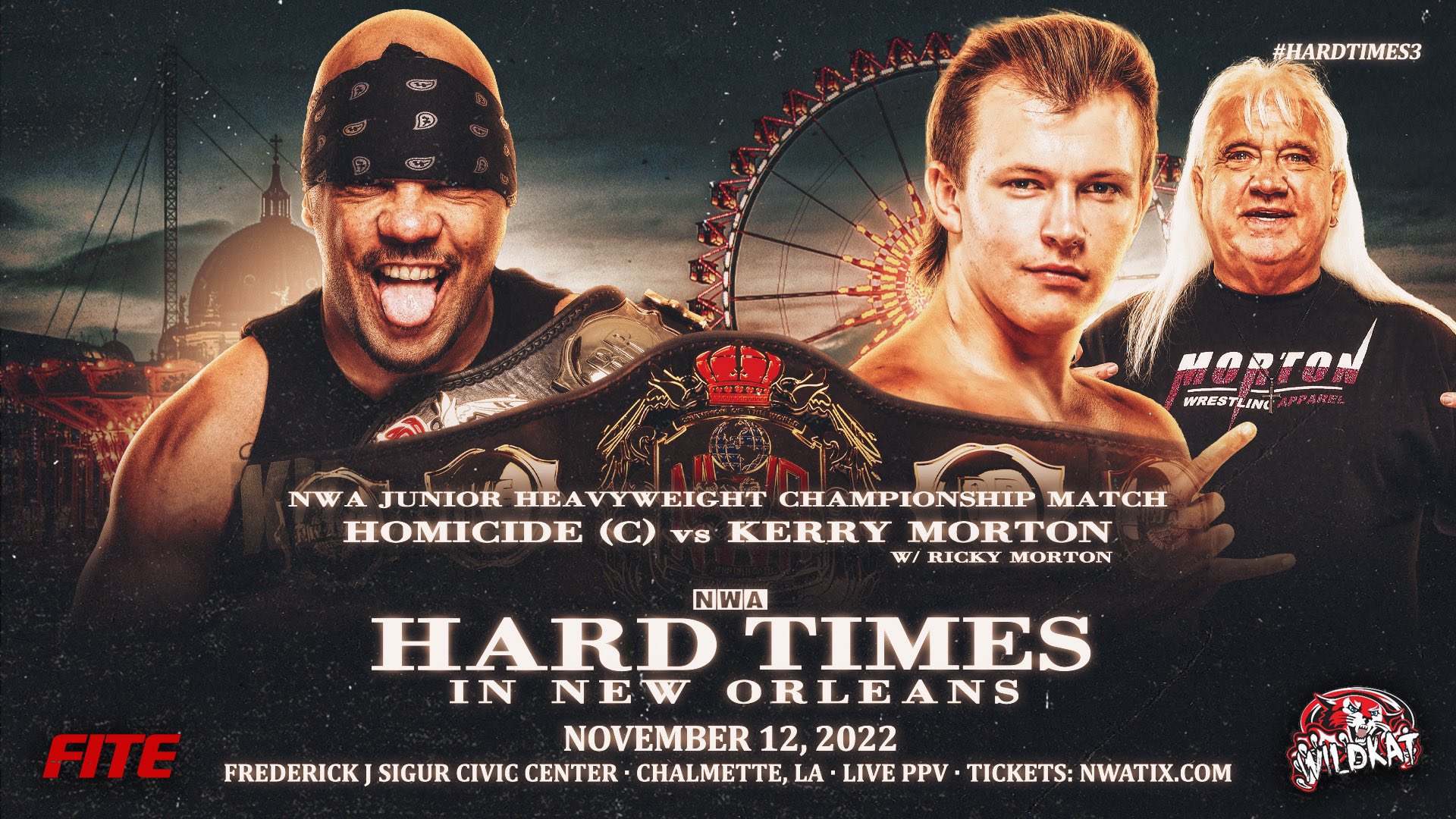 The Notorious 187 even teamed with both Kerry and Ricky Morton to take on the Fixers and Colby Corino. But the friendship and respect deteriorated. On alternating nights, Homicide defeated both Kerry and later Ricky at the two-night 74th Anniversary Pay Per View. Since last challenging Homicide for the World Jr. Heavyweight title, Kerry defeated AJ Cazana, Joe Alonzo, and one a Six Way Scramble to become Number One Contender. Homicide is 45 and looking toward the end of his career. Kerry Morton is professed to be a “Future Legend.” These two will battle, one more time for the World Junior Heavyweight Championship.