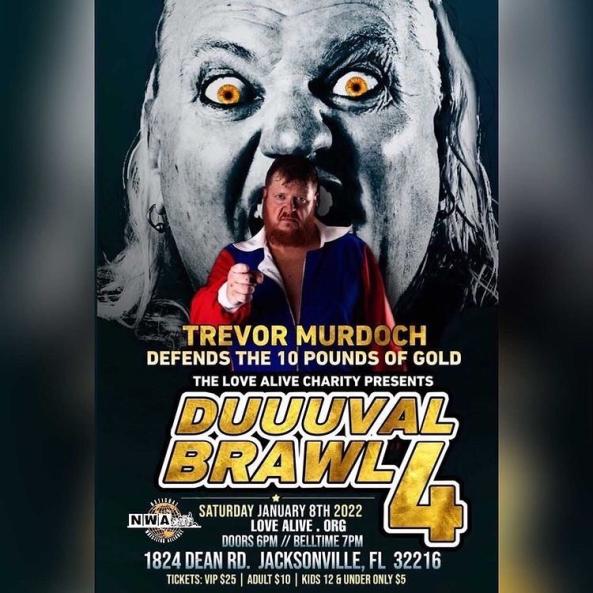 Gangrel challenges NWA Worlds Heavyweight Champion Trevor Murdoch on January 8th, 2022. The match will be taped for the NWA through the Love-Alive Charity.
Trevor Murdoch won the NWA Worlds Heavyweight Championship on August 29th, 2021. Murdoch was able to defeat his rival, Nick Aldis, at the NWA 73rd PPV. Murdoch became only the 4th man to hold the Ten Pounds of Gold, since Billy Corgan purchased the NWA. Murdoch most recently defended his championship against Mike Knox at Hard Times 2.
Known from his time in the WWE, Gangrel still wrestles all across the United States. Gangrel wrestled 22 times in 2021 including a tour with SWE Fury in Texas. He has become a regular for the Florida-based CCW. This will be Gangrel’s first match for Billy Corgan’s NWA. HE last wrestled in an NWA ring in 2015 when he challenged the NWA Australian Champion.
+ Google Calendar+ Add to iCalendar