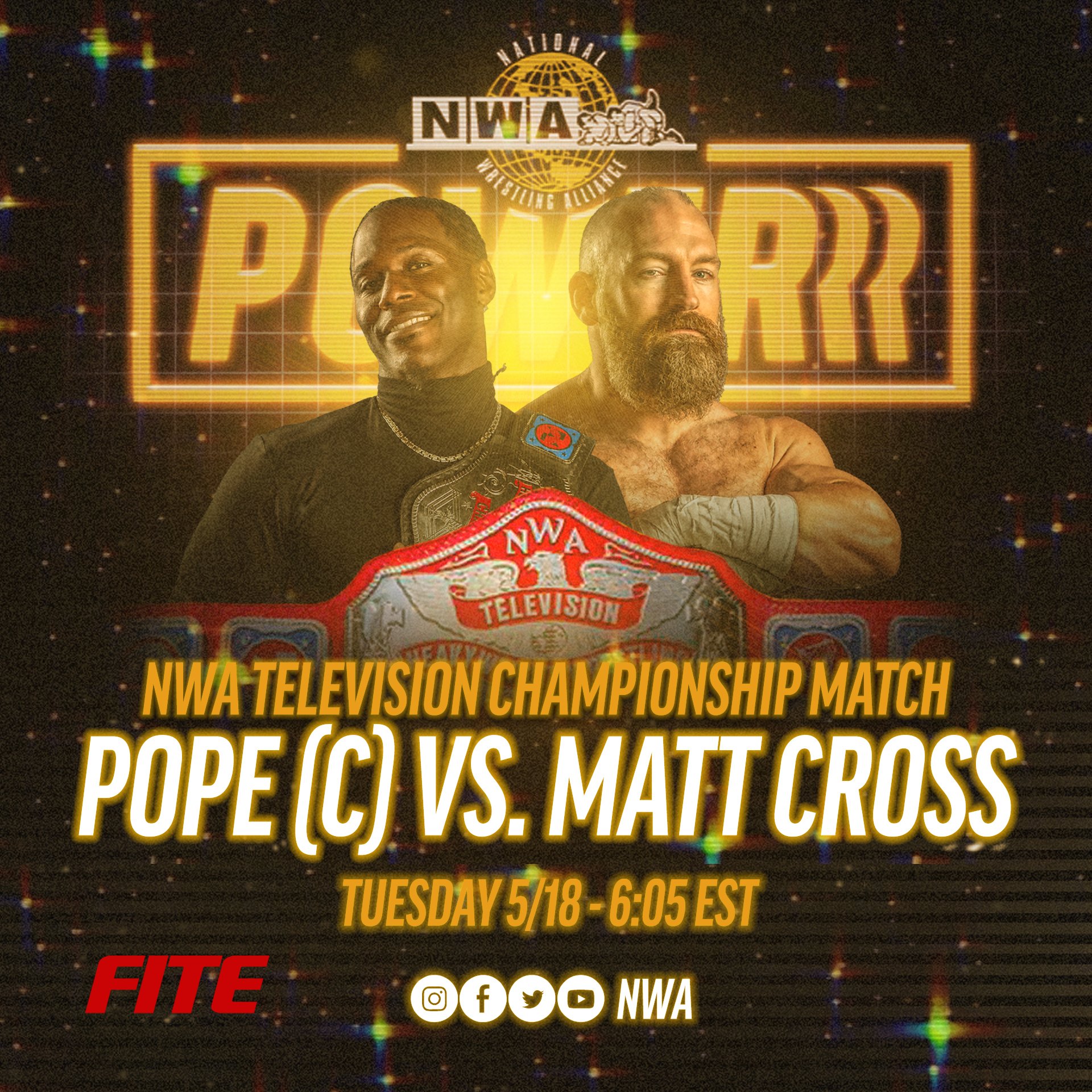 After weeks of efforting, Matt Cross defeated Matthew Mims in a qualifying match to challenge for the NWA Television Championship. Cross lost to Fred Rosser in a triple threat match with Marshe Rockett, to establish a number one contender. Then he lost to Tyrus in another three way match with Rockett in another number one contender matchup. To Burke’s benefit, he’s been able to outlast his competition. Thom Latimer and Tyrus both took Da Pope to time limit draws. And Elijah Burke was able to score a victory over Fred Rosser.