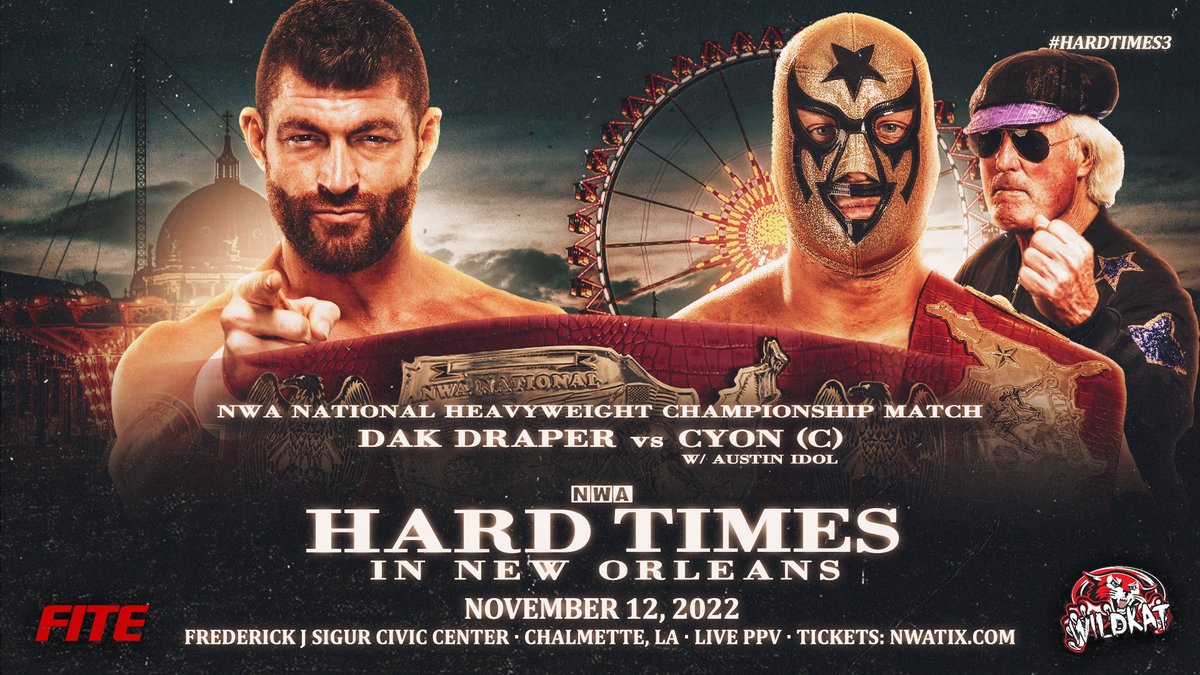 Although new to the NWA Dak Draper has already made an impact in a short amount of time. Draper had previously wrestled with the WWE (NXT) and later in Ring of Honor. Draper made his debut for the National Wrestling Alliance on an episode of NWA USA. Entered into the National Championship #1 Contenders Tournament. Draper was put into a match with former champion Jax Dane. Some believe Draper shocked the NWA by defeating the Dane Event. Dak would later make his debut on NWA POWERRR in the same tournament, this time defeating Brian Myers, again many believed this was an upset. Lastly, Draper would defeat fellow tournament finalist, Thrillbilly Silas and a former 2x National Champion Chris Adonis.

The National Champion has been active as a champion both in and out of the NWA. Taking the approach of the great national champions before him Cyon has defended his title in and out of NWA rings. Cyon defeated Jax Dane to win the NWA National Championship at the 74th Anniversary show. The next night he defeated Anthony Mayweather. After defeating the last two champions he would take his title and talents to The Wrestling Showcase and Ego Pro Wrestling. Most recently he defended at Mondo Lucha. With his “Father” Anthony Idol in his corner, can Cyon be defeated?