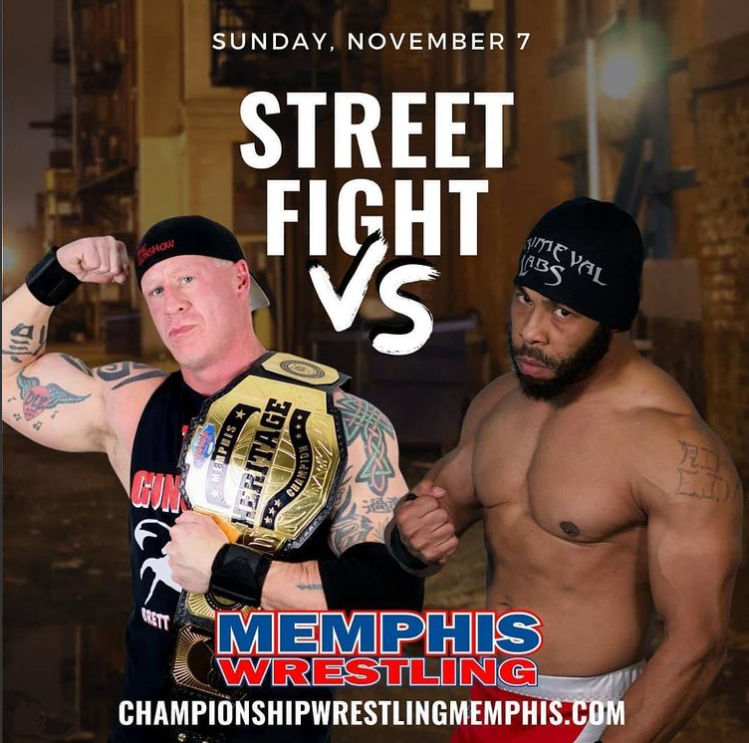 “The Gun Show Lariat” put Alan Steel down on Episode 33 of CWFMemphis. With this victory, The Gun Show Brett Michaels is your new Memphis Heritage Champion. Michaels defeated the inaugural champion.
Michael’s first defense will be against the battle-ready “Self Made” Mike Anthony. Anthony was arrested on television for the unprovoked attacks backstage. This match will be a Memphis Street Fight.
+ Google Calendar+ Add to iCalendar